How to Remedy My Dog’s Increasing Aggression

All dogs have a range of behaviours and signs that they use to cope with stressful situations or perceived challenges that they may encounter each day. Many of these traits are passive in nature, such as the dog moving away from something it feels uncomfortable about, or displaying appeasement, through ways such as rolling over onto its back. However, if the dog continues to feel stressed by a situation, this passivity can quickly turn into aggression.

The triggers for aggressive behaviour in dogs can vary, although there are many common variables, such as food insecurity, boredom, jealousy of family members, such as children, and struggling to determine ranking in a new environment. Rescue dogs, for example, can often appear to settle in well during the first few weeks in their new home, and can then suddenly start to express symptoms of aggression, as they become confident enough to try to assert their position. For this reason, it’s important to understand how to integrate a rescue dog into your home as it is crucial to bare in mind that all dogs are different, and each one will react differently in a new home. Whether or not you have a rescue dog, it’s important to understand what might cause a dog to become stressed, and to identify the signs of increasing levels of aggression. As the owner, it is your responsibility to be aware of your environment and to make it absolutely fool proof and safe for your new addition.

Traits to watch out for
Canine aggression can be divided into a number of different types including inter-dog aggression, dominance behaviour, possessive and territorial aggression, prey drive behaviour, and defensive or fear-based aggression. Dividing these types into offensive and defensive behaviours is useful, as the warning signs for each can be very different. Defensive behaviours can include lowering the head, crouching or rolling over, and hanging the tail low or between the legs. The warning signs for offensive aggression, however, are much more confrontational, and include growling, snarling, full eye contact and firm staring, holding the tail and head up, snapping, baring the teeth, and standing in a fixed, rigid position. It is important to read the signs that your dog displays to help you spot whether they are feeling stressed or anxious.

Increasing levels of aggressive behaviour can be caused by a number of things, such as reaching sexual maturity, poor breeding, changes in the dog’s environment, 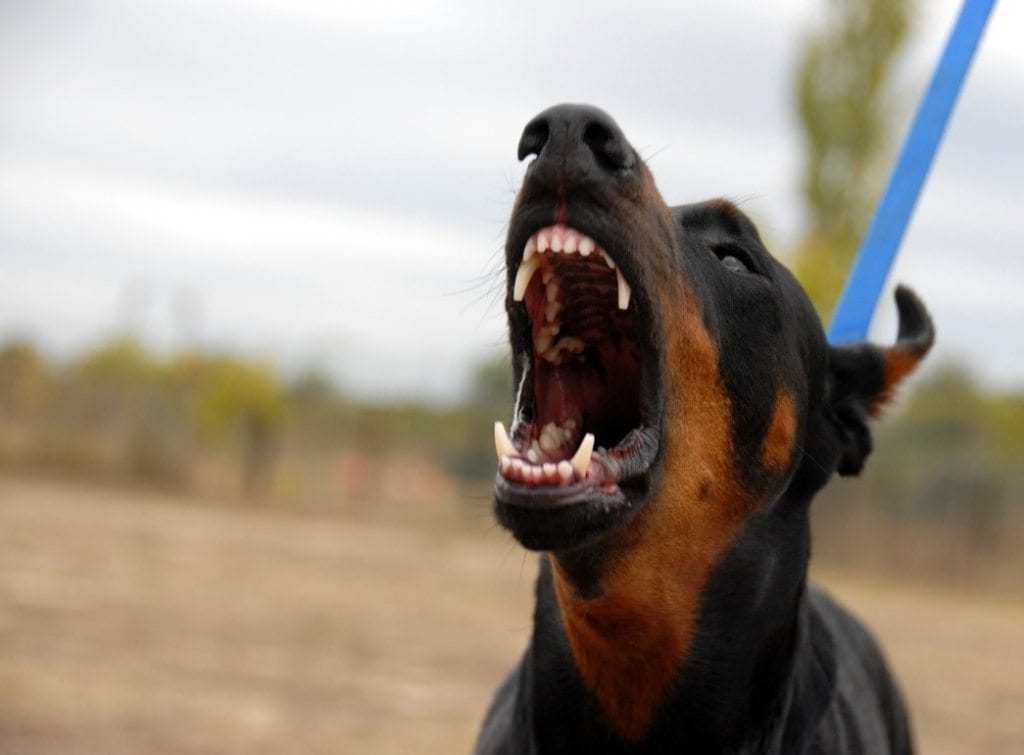 A responsible dog owner should tune into any subtle changes in behaviour in their dog, to understand any fear or other trigger that could become more pronounced over time and lead to aggression. If your dog is showing these signs, it’s important to analyse the situation that triggered the change in behaviour. Is the aggression directed at a stranger, or another family member? Does it centre around mealtimes, or a favourite toy? Is the aggression only shown towards other dogs, and if so, is it only certain breeds or dogs of one sex that trigger the aggression. By working out what is causing the dog to become stressed, it will be easier to form an action plan for tackling the problem. This can range from basic desensitisation training that you can do yourself, to calling in a pet behaviour specialist for more advanced training. Of course, if pain or illness is causing the aggression, then veterinary treatment could resolve the issue.

Prevention
It goes without saying that preventing the development of aggression in dogs is far easier than resolving aggression issues once they have developed. Teaching a puppy good socialisation skills from a very early age is essential to produce a balanced, happy dog that can handle all sorts of life experiences in a calm and relaxed manner. Whenever possible, the most efficient way of doing this would be to introduce your puppy to an older and calmer family dog so that they can learn the behaviours from them in a more natural environment.

Aggression that is linked to sexual maturity can be minimised, by having the dog neutered or spayed. This will quickly alleviate aggressive tendencies that are being driven by surging hormones.

Adopting a positive reinforcement strategy when training and handling a dog will help it to stay calm and learn from you. Punishing a dog for bad behaviour or ‘mistakes’ will only increase the dog’s anxiety levels, and could actually be interpreted by the dog as aggression that needs a response. 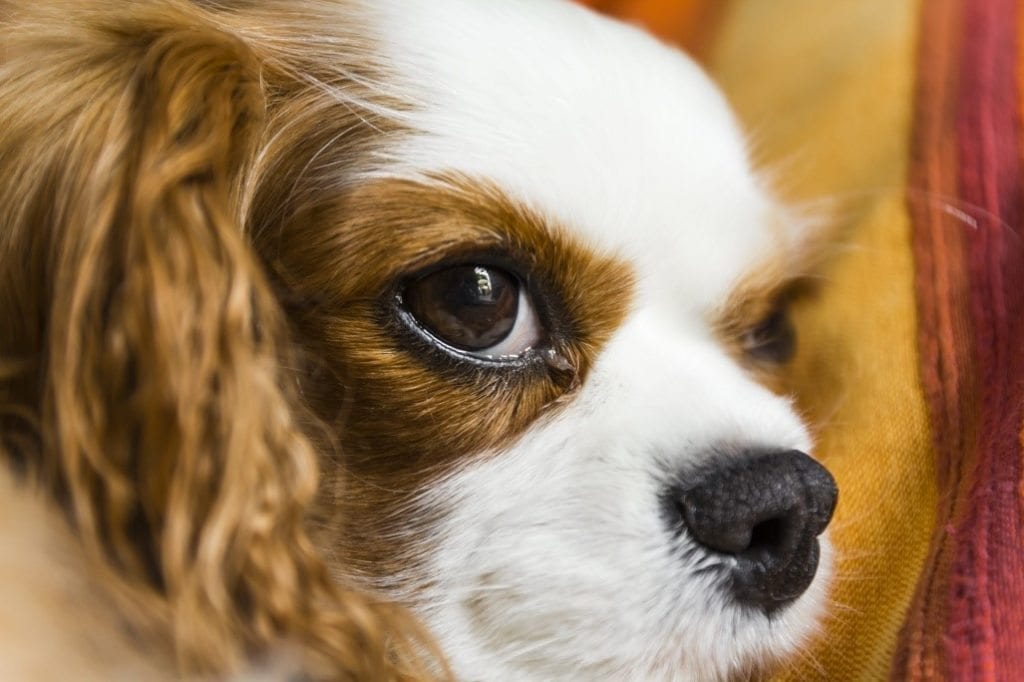 If you know that certain environmental factors trigger aggression in your dog, you can work to minimise these, through gentle training. If the dog doesn’t like men, for example, enlisting the help of some calm male friends who have experience with dogs themselves, could help your dog overcome this fear-based behaviour. If your dog guards his food aggressively, try gently giving him extra tidbits during mealtimes, so that he associates you approaching with something positive, rather than suspecting that you will take his food away.

If your dog is showing aggressive tendencies that you don’t understand, or that you feel you cannot handle, it’s sensible to speak to a professional canine behaviourist. He or she will typically meet with you to observe the dog, particularly in the environment that triggers the aggression, and to work out the underlying reasons for the aggression. The behaviourist will then either make recommendations for you to follow over the following weeks or months, or will continue to work with you in person, to resolve or minimise the issue through desensitisation and other strategies. It must be noted that behaviourists methods can vary hugely and therefore it is in you and your dogs best interests to carry out some research before committing. Don’t just read online reviews, but speak to owners who have used their services where possible and research the behaviourists website to see whether they have been professionally recommended by acclaimed experts in the canine industry. Whichever company you choose, ensure their focus is on positive, reward based training.

The risks
It’s common for dog owners to ignore or ‘play down’ aggressive tendencies in their dogs, and many owners learn to ‘cope’ with it, by avoiding certain situations or restricting the dog’s freedom by not allowing it off the lead, for example. Without doubt there are no quick fixes, owners must be willing to put in time and effort, working consistently towards the desired result and with persistence often being key. In an ideal world, any owner of a dog that is showing aggressive behaviour traits would want to take a proactive approach to resolving the issue, for the sake of the dog’s emotional wellbeing and quality of life. Unequivocally the effort expended here, is well worth the results that can be attained.

Recent changes in the law mean that owners could find themselves guilty of a criminal offence should their dog attack another person, either in a public space or on private property. In the most serious of cases, where a dog attack results in the death of the victim, the owner could receive a prison sentence of up to 14 years. It is hoped that these tough new laws will help owners understand the importance of recognising canine aggression, and dealing with it before it escalates into a serious problem. Before buying or adopting a dog, taking the sensible approach is recommended. Ensure you research the right type of dog for you and commit to providing a balanced environment in which the needs of both canine and human can be met.

'Holly Barry is currently working as a Digital PR Executive in Hertfordshire. A recent Journalism graduate from Brunel University in West London, Holly hasn’t always found herself in the digital capacity. Her first spell of work experience saw her time spent at her local vets for two weeks, assisting the Veterinary nurse and shadowing the Head Veterinary Surgeon. As a past time, Holly likes to visit her stables back at home; Guinness Park Farm, and walk her grandparents red and white setter – Rubie'