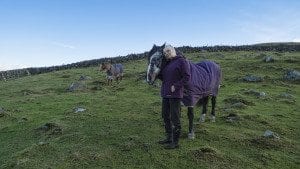 Founded by Lesley Tarleton in the Liverpool area in 1979 Freshfields Animal Rescue has always been much more than simply an animal rescue charity.

For many of us, our values have become a way of life…

Our values are the foundation upon which the charity was built and from which everything we do today has naturally evolved. Our ethos dictates with certainty that ALL animals (dogs, cats, small animals, wildlife and farm) are worthy of consideration, they are not ours to use, to harm, to eat or to otherwise abuse. Our philosophy also embraces the importance of the Human animal, and the vital role that we humans have to play in securing a safe and certain future for our own kind and for the many species that we live alongside.

We have no expectations of perfection and indeed acknowledging our own imperfections gives us cause to strive to do better, to see good in others and to recognise beauty in the most simple of those living things around us. Those imperfections also make us stronger, more determined and we would hope more forgiving.

Our core work and also where Freshfields began with the rescue and re-homing of unwanted, abandoned and abused domestic animals including cats, dogs, horses, ponies and other smaller creatures. Over time and limited only by space this work has expanded to include smaller farm animals such as pigs, sheep, chickens, ducks and geese. Our core work recognises the value of individuals, of those (human and animal) in desperate situations and therefore desperate need. It allows us to make a hugely positive impact and life changing difference, to hundreds of animals each year as finances allow. Meet the animals >.

This work focuses most strongly upon rescue, rehabilitation and release of hedgehogs, foxes and a plethora of wild birds although at times we are called upon to assist other small wildlife such as field mice and moles. Thanks to the work of ‘The Fox Man’ Freshfields is able to offer a practical advice service which effectively promotes understanding of the red fox and of fox ecology encouraging people to accept foxes and live alongside them rather than seek ways to move them on. As a charity we place great emphasis on greener living and incorporate such into our daily working practices.

Rescue and re-homing will always be limited by lack of available space and is there to help those individuals lucky enough to make it onto our radar! It’s a sad but not terrible thing for an animal to end up in a rescue operating with policies similar to Freshfields, the real tragedy remains with those poor animals not fortunate enough to make it that far! This is why Freshfields outreach work is so important. Freshfields Bull Breed Welfare initiative and our Linacre Cat Neuter Project remain the gateway to a limitless number of animals in need and as importantly to their owners, many of whom want help but don’t know that it is available and to those lacking awareness, the day to day of life hard to such a degree that the welfare status of an animal is given little if any consideration.

Whilst our core work is very much about individuals and making a difference on a one to one level, it is only through our outreach and education work (much of that in conjunction with and supported by other like minded organisations) that Freshfields can make any larger scale impact. More on Outreach >

Whilst we certainly aren’t here to preach, what better way than education to lead the cause for animal welfare forwards?!

According to Wikipedia… ‘Any experience that has a formative effect on the way one thinks, feels, or acts may be considered educational. Knowledge, skills, values, beliefs, and habits of a group of people are transferred to other people, through storytelling, discussion, teaching, training, or research.’

It’s fantastic that Freshfields does what we do in terms of ‘rescue & re-home’ and ‘rehabilitate & release’ and hopefully this work which impacts so positively upon individuals will always continue.

Education however, provides the scope to achieve a much greater and potentially permanent change that will influence positively the lives of thousands of animals for the future.

And education is never just about children. Through the sharing of experiences and knowledge in fun and interactive ways (with school groups, clubs, social groups and even businesses through team building exercises) we share our values, exposing our moral philosophy whilst firming up those foundations both for now and for the future.

So… you thought Freshfields was an ‘animal’ charity! Well yes we absolutely are, but the truth is that without ‘people’ there is very little we can do to help the animals! Sadly people are all too often the reason that animals suffer, conversely people are generally also the only ones able to right the wrongs of our fellow man! As with so many things ‘human’ it’s complicated…

At Freshfields we value the ‘people’ who help us to keep our goals in sight. People are an investment well worth the making, they are many and they are diverse, coming from a variety of backgrounds and with differing skills and availability. Each person is very much an individual and together they help to fill the following vital roles:

Making a difference together for All animals!

Turning the tide permanently in favour of the animals requires a vast host of likeminded individuals, working together, giving their time and their energies and putting themselves out without any expectation of reward other than that overwhelming feeling of rightness and wellbeing that comes when a job is done well! Given the stakes and the level of wrongs to be righted, there is no doubt that this particular ‘job done well’ will bring with it the greatest of rewards.

Community is a part of that reward and is so important to Freshfields because our greatest achievements will be seen not in what we take in order to support the animals but in what we give back to those who choose to join us on our march to reach our goals.

Community is not of itself a physically tangible thing. Rather, community can be described as something one feels, a sense of purpose, of belonging, family, kinship and of sharing, an energy that if focused and used effectively can become a powerful tool for good! Local, regional and even global, the beauty of community is that it has no boundaries. Through our website and social media, individuals who are not able to join us in person find fulfilment AND family!