George Monbiot, author and writer for The Guardian, explains his view on vegainism and the environment. 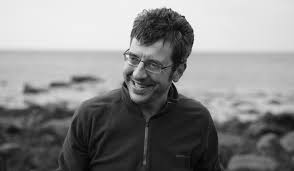 George Monbiot, author and writer for The Guardian, explains his view on vegainism and the environment.
10 Aug, 2017 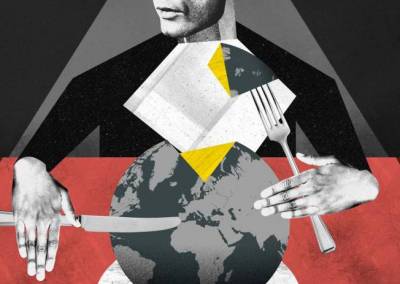 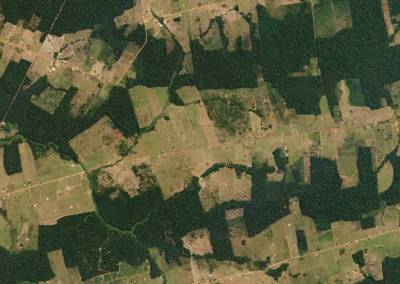 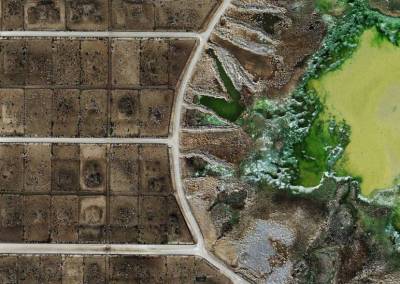 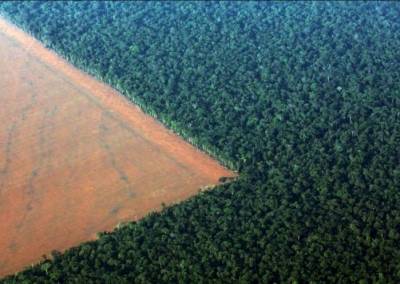 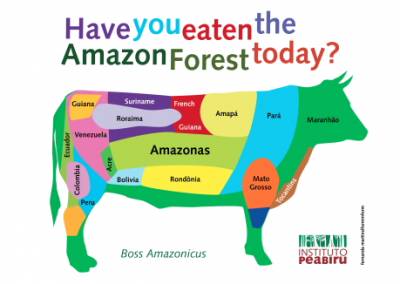 “I love not man the less, but Nature more.”

George Monbiot is a British writer widely known for his outspoken political and environmental views. After studying Zoology at Oxford, Monbiot worked for the BBC before leaving to pursue his career as an author. He now writes a weekly column for The Guardian. In one article Monbiot explains his reasons for turning vegan – rather than from a animal welfare point of view, it comes from an environmental one. He has kindly given us permission to reproduce his article here.

Why I took the plunge at last and converted (almost) to veganism By George Monbiot, published in the Guardian 10th August 2016

The world can cope with 7 or even 10 billion people. But only if we stop eating meat. Livestock farming is the most potent means by which we amplify our presence on the planet. It’s the amount of land an animal-based diet needs that makes it so destructive.

An analysis by the farmer and scholar Simon Fairlie suggests that Britain could easily feed itself within its own borders. But while a diet containing a moderate amount of meat, dairy and eggs would require the use of 11 million hectares of land (4m of which would be arable), a vegan diet would demand a total of just 3m. Not only do humans need no pasture, but we use grains and pulses more efficiently when we eat them ourselves.

This would enable 15m hectares of the land now used for farming to be set aside for nature. Alternatively, on a vegan planet, Britain could feed 200 million people. It’s not hard to see, extending this thought experiment to the rest of the world, how gently we could tread if we stopped keeping animals. Rainforests, savannahs, wetlands, magnificent wildlife can live alongside us, but not alongside our current diet.

Because we have failed to understand this in terms of space, we believe we can solve the problem by switching from indoor production to free range meat and eggs. Nothing could be further from the truth. Free range farming is kinder to livestock but crueller to the rest of the living world.

When people criticise farming, they preface it with the word intensive. But extensive farming, almost by definition, does greater harm: more land is needed to rear the same amount of food. Keeping cattle or sheep on ranches, whether in the Amazon, the US, Australia or the hills of Britain, is even more of a planet-busting indulgence than beef feedlots and hog cities, cruel and hideous as these are.

Over several years, as I became more aware of these inconvenient truths, I gradually dropped farmed meat from my diet. But still I ate milk and eggs. I knew the dire environmental impacts of the crops (such as maize and soya) on which dairy cows and chickens are fed. I knew about the waste, the climate change, the air pollution. But greed got the better of me. Cheese, yoghurt, butter, eggs – I loved them all.

Then something happened that broke down the wall of denial. Last September I arranged to spend a day beside the River Culm in Devon, renowned for its wildlife and beauty. But the stretch I intended to explore had been reduced to a stinking ditch, almost lifeless except for sewage fungus. I traced the pollution back to a dairy farm. A local man told me the disaster had been developing for months. But his efforts to persuade the Environment Agency (the government regulator) to take action had been fruitless.

I published the photos I had taken in the Guardian, and they caused a stir. Still, however, the Environment Agency refused to take action. Its excuses were so preposterous that I realised this was more than simple incompetence. After publishing another article about this farce, I was contacted, separately, by two staff members at the agency. They told me they had been instructed to disregard all incidents of this kind. The cause, they believed, was political pressure from the government.

That did it. Why, I reasoned, should I support an industry the government refuses to regulate? Since then, I have cut almost all animal products from my diet. I’m not religious about it. If I’m at a friend’s house I might revert to vegetarianism. If I’m away from home, I will take a drop of milk in my tea. About once a fortnight I have an egg for my breakfast, perhaps once a month a fish I catch or a herring or some anchovies (if you eat fish, take them from the bottom of the foodchain). Perhaps three or four times a year, on special occasions, I will eat farmed meat: partly out of greed, partly because I don’t want to be even more of a spectre at the feast than I am already. This slight adaptation, I feel, reduces the chances that I will lapse. I still eat roadkill when I can find it, and animals killed as agricultural pests whose bodies might otherwise be dumped. At the moment, while pigeons, deer, rabbits and squirrels are so abundant in this country and are being killed for purposes other than meat production, eating the carcasses seems to be without ecological consequence. Perhaps you could call me a pestitarian.

Even so, such meals are rare. My rough calculation suggests that 97% of my diet now consists of plants. I eat plenty of pulses, seeds and nuts and heaps of vegetables. That almost allows me to join the 500,000 people in Britain who are full vegans – but not quite. Of course, these choices also have impacts, but they are generally far lower than those of meat, dairy and eggs. If you want to eat less soya, eat soya: eating animal products tends to mean consuming far more of this crop, albeit indirectly. Replacing meat with soya reduces the clearance of natural vegetation, per kilogramme of protein, by 96%.

After almost a year on this diet, I have dropped from 12 stone to 11. I feel better than I’ve done for years, and my craving for fat has all but disappeared. Cheese is no more appealing to me now than a lump of lard. My asthma has almost gone. There are a number of possible explanations, but I wouldn’t be surprised if it had something to do with cutting out milk. I have to think harder about what I cook, but that is no bad thing.

Meat eating is strongly associated with conventional images of masculinity, and some people appear to feel threatened by those who give up animal products. An Italian politician this week proposed jailing parents who impose a vegan diet on their children, in case it leaves them malnourished. Curiously, he failed to recommend the same sanction for feeding them on chips and sausages.

By chance, at a festival this summer, I again met the man from Devon who had tried to persuade the Environment Agency to take action on the River Culm. He told me that nothing has changed. When there’s a choice between protecting the living world and appeasing powerful lobby groups, most governments will take the second option. But we can withdraw our consent from this corruption. If you exercise that choice, I doubt you will regret it. 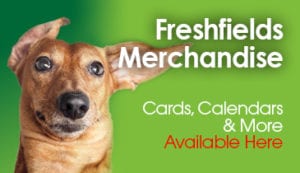 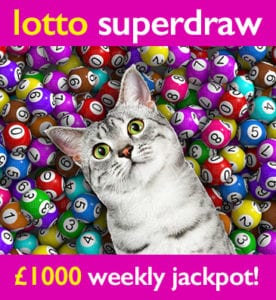