Sue, 59, lives in Hebden Bridge with her beautiful staffy Maddy. Down to earth and practical, she loves to explore the gorgeous countryside around her with Maddy, friends, and dogs from her local rescue.

I worked in factories until the mid 80's but was made redundant - thanks to Thatcher! I then had the chance to do voluntary work and became politically active. I was involved with the peace movement - Greenham Common and the local CND group, and for a while, I was involved with local wildlife protection groups.

When I got back into work it was through having done voluntary work at a women's centre and rape crisis line. I have worked in the voluntary sector pretty much ever since. I got involved with the Citizens Advice Bureau because I thought it would be a good thing to be informing people about their rights. I couldn't work for an organisiation that I didn't believe in. 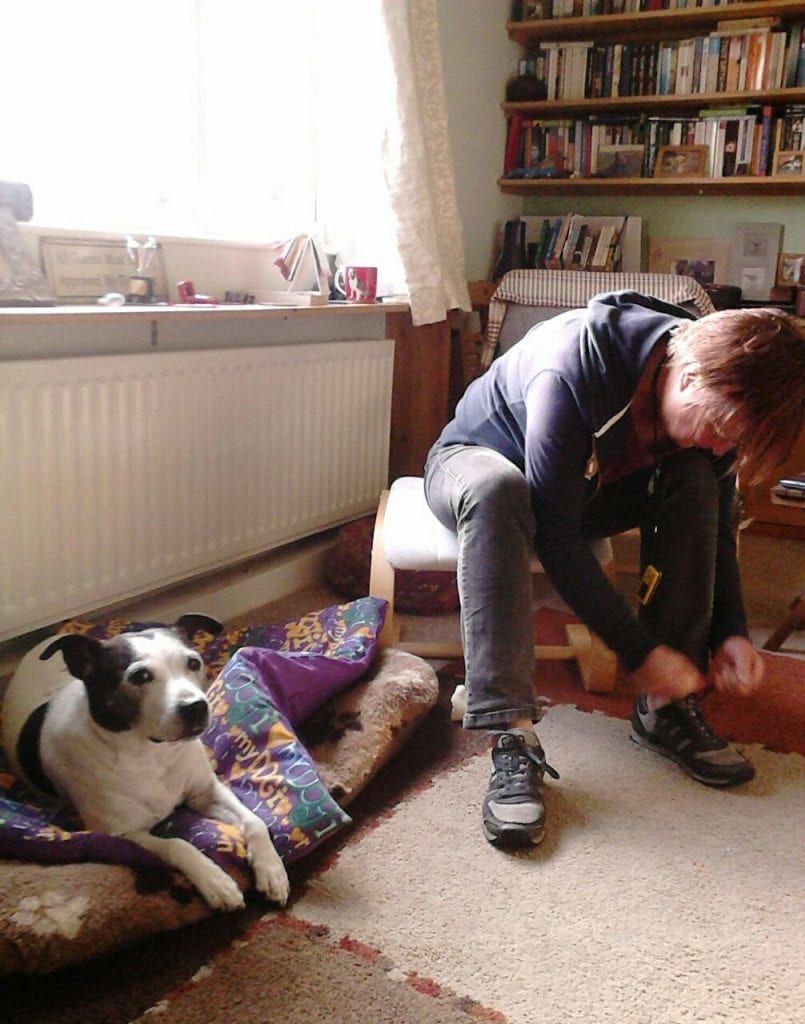 I have been vegan for over 30 years, I can't remember exactly what year it was, but I can remember the moment quite clearly....
I was at Glastonbury and went with some friends to an animal rights workshop. Glastonbury was very different in them days; I had my dog with me for a start!
I had been vegetarian for some time; I vaguely knew some vegans, but thought they were a bit weird. This workshop was the first time that someone pointed out to me that it was impossible to sustain a vegetarian diet (one that includes dairy and eggs) without breeding animals, 50% of whom would be male and therefore 'wastage'.

For some reason I had imagined that cows and goats would give milk ad infinitum without repeated pregnancies. Hadn't really thought that one through!! Anyway, as soon as it was pointed out to me I knew I would have to be vegan; I'd like everyone to be vegan! 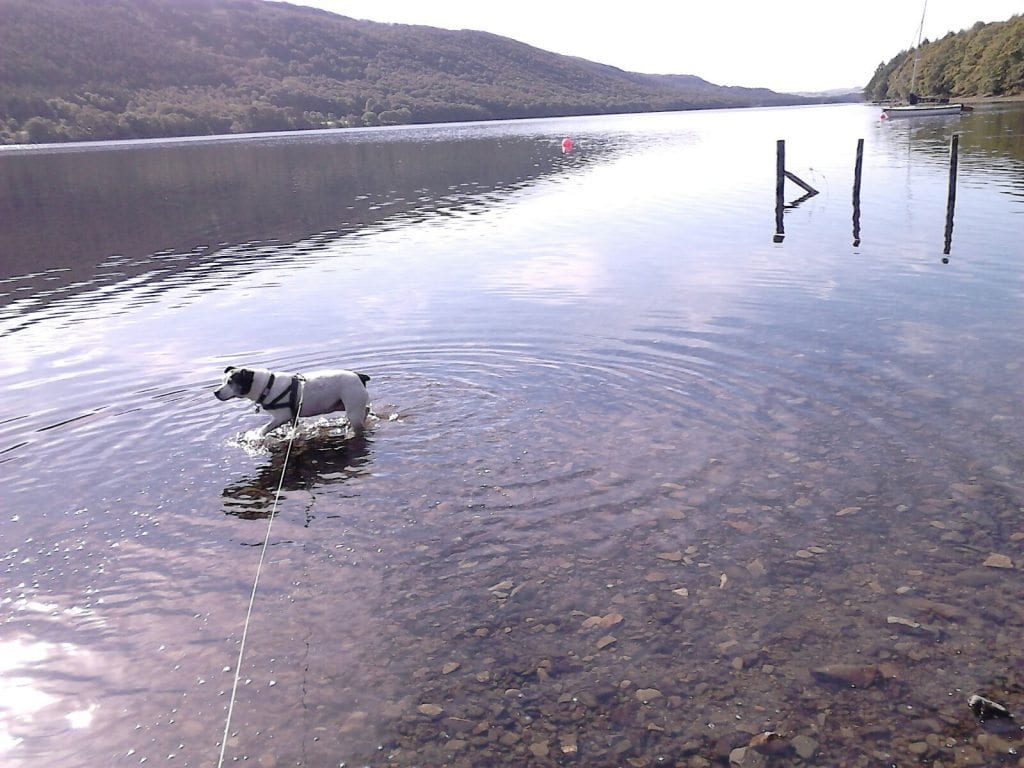 I grew up in a non-political working class family, where we had meat and 2 veg every day. But we always had dogs, cats, rabbits and other animals, and I was taught, specially by my mum, that they were not toys and they must be looked after and respected. I think I must have read Black Beauty at an impressionable age, because I feel that I have always been aware that animals have a tough time of it with humans.

I remember asking my mum if we could stop eating meat when I found out where it came from (I think I was about 7 or 8). Being quite clever, instead of saying 'no', she said if I could give her a list of meat free meals, we could. I could only think of egg and chips and vegetable soup, so after an afternoon of racking my brain, I forgot all about it for another 15 years or so.

Being vegan in 2016 is soooo easy. Almond salted caramel ice cream, melty cheese substitutes dozens of types of veggie sausages....this afternoon I went to a café and had peanut butter and banana cake. Hebden Bridge has lots of cafes and shops, and even a bakery, selling great vegan food, we even have a dog cafe – selling vegan cakes for dogs! 30 years ago I was lucky to get something heavy and healthy pretending to be a cake. Vegan choices, where they existed at all, tended to be lentil slop! Now it would be easy to be a junk food vegan, there is so much processed stuff available. Nowadays it's the norm for supermarkets, cafes, hotels and restaurants to provide good vegan food. 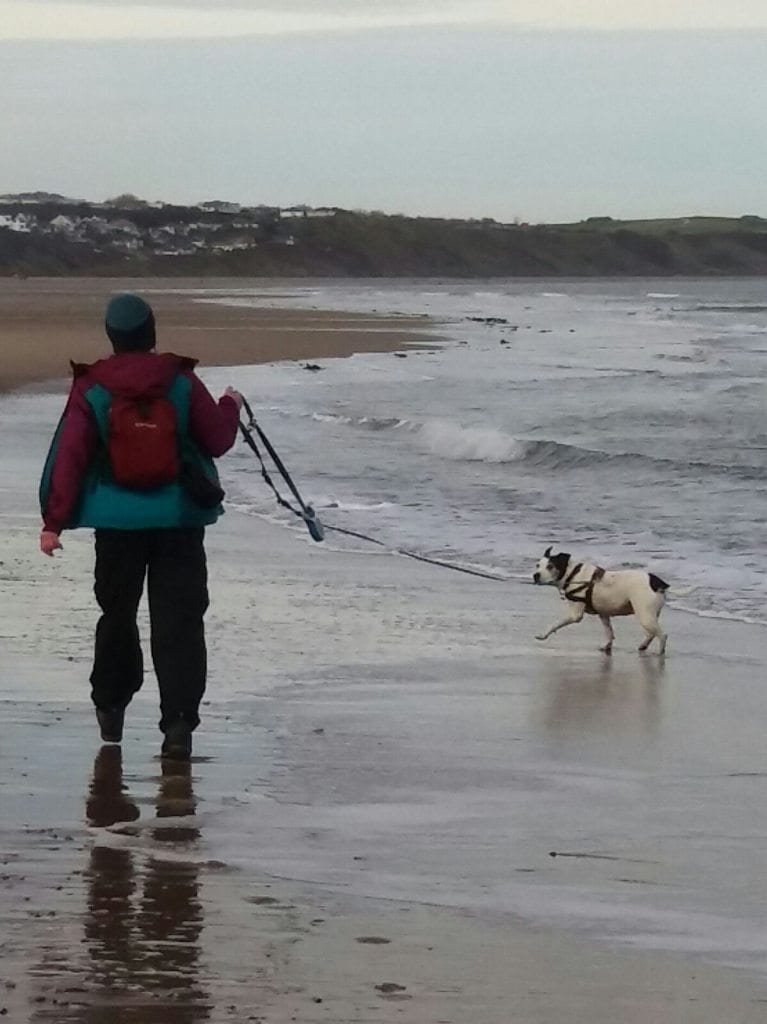 Dogs are my big love. I volunteer once a week looking after dogs at PAWS, a local animal rescue; and I have Maddy who I adopted from Freshfields. Maddy has challenging behaviour and wants to kill every dog she meets; but apart from that is a darling! She went 7 years without being adopted and I felt she deserved a chance of a home. I can't do things with her that I have done with my other dogs; I can't go to the dog café, go for walks with my friends and their dogs, can't visit my friend who has a guide dog.... but I wouldn't be without her. She brings me an enormous amount of pleasure, and it is so rewarding sharing my life with her. She has taken to camping with me (so long as we go to quiet sites, out of season) she has made lots of human friends, and, so long as I send a friend in first to check for other dogs, she has behaved really well in a selection of pubs and cafes. We have lovely long walks together, sometimes for 4-5 hours; not bad to say she must be 12 years old or more. 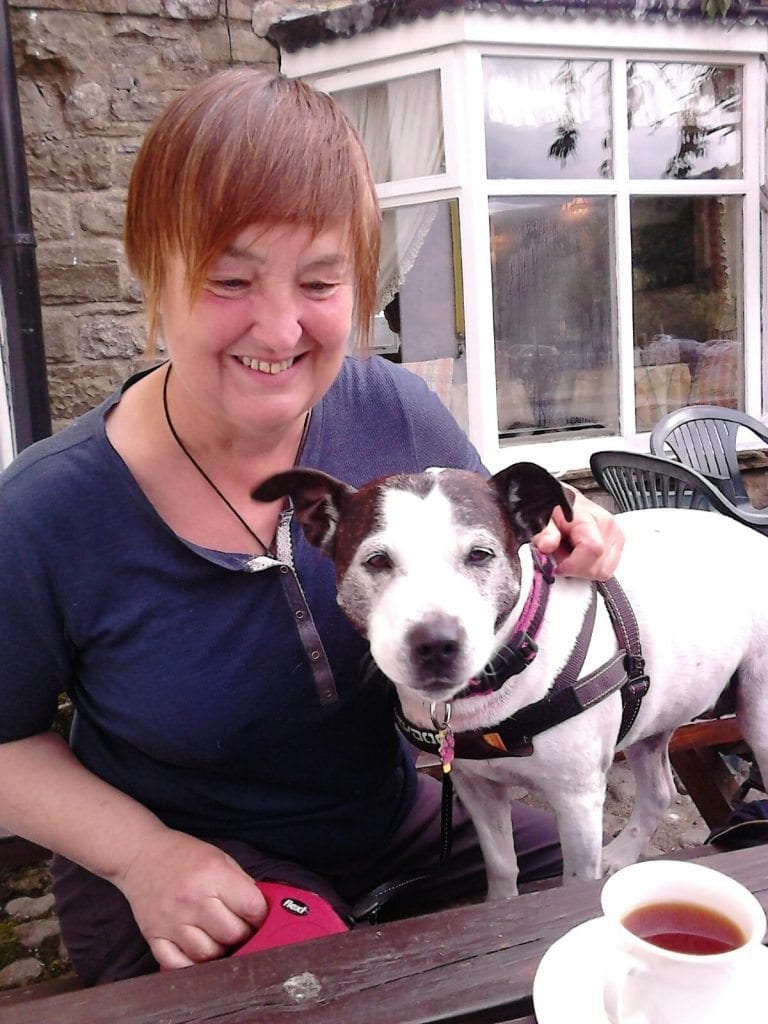 After so many years it is second nature to me to be vegan; I don't wear leather shoes, or use products that have been tested on animals or have animal ingredients and as far as possible try to avoid products made by companies that test on animals. I also try to avoid anything with connections to Israel; anything with too many air miles; buy fair trade and organic whenever possible.

Living my life the way I do is certainly no hardship, it doesn't really take any effort, and I'm not really aware of it being anything out of the ordinary. I do regret that I have not been able to make a living working with animals – that would've been my ideal career! But I do hope I am making some differences by supporting by local rescue in my free time, and helping my local community via the Citizens Advice. 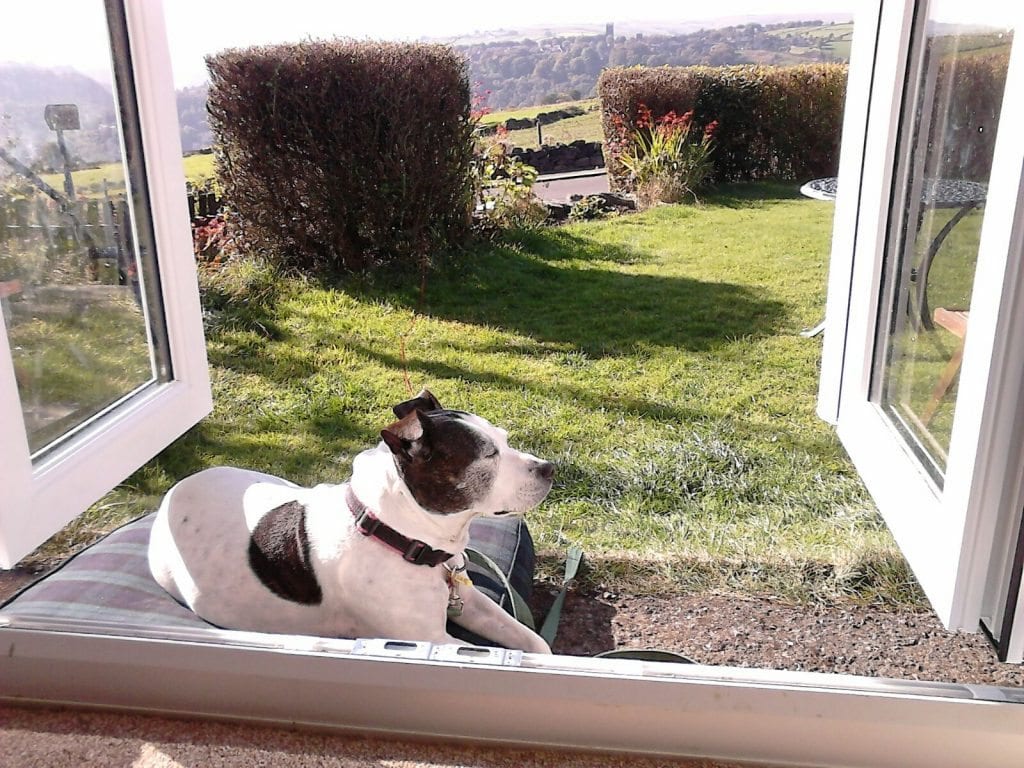