Sonia, a teacher from Leigh, talks about how her love of animals inspired her to travel the world.

Sonia, 48, lives in Leigh with her partner, their children, and many animals. She has always had a love of animals and throughout her school years worked at a local vets surgery. She has been a teacher for the last 8 years but here she explains how she reached this point in her life – and tells us about some of the adventures along the way!

I was brought up by very compassionate parents, and I remember there were always lots of animals around. Who knows if I would have turned out the same had my upbringing been different!

I remember one day I came home from school and my mum had bought me this badge with a dog’s silhouette and a tear (the old National Anti-vivisection Society Logo), she told me a little about what people did to animals in the name of science and I was horrified. I started volunteering at local rescues and helped with fundraising and campaigns.

I went to Bristol University to study Biology. I absolutely loved my subject and university life. I joined the University Animals Rights and the local Hunt Saboteurs group where I met a bunch of amazing people who were dedicated and committed. I started sabbing on a regular basis (although I think they thought I was odd - they were fully kitted out in army gear whilst I had my sensible M&S winter coat on that my mum had bought me for going away!!). I decided to go vegan in 1989 after meeting 2 vegans at University. My parents and brother also went vegan around this time!

It was quite an easy decision – I just decided that I didn’t want to be a part of all the suffering involved in the meat, vivisection, and clothing industry.

Back then it was all quite new – now there are vegan supermarkets, restaurants, fake ‘leather’ shops, beauty ranges and all sorts. It just goes to show how much being vegan has become the norm.

When my university days were coming to an end I had already decided that I wanted to combine my love of animals with travel. I contacted a rescue centre in Greece that allowed me to work there on the basis that I would totally fund myself. Greece was a huge eye opener and I had to toughen up mentally. This volunteering was hard; emotionally and physically. I found myself in situations that were very hard to cope with, and they still haunt me today. But I am glad I did everything I did – I always did whatever I could to help whatever animal needed my help.

In January 1995 I received a call from a good friend of mine. She was in Japan working at a rescue center. The Kobe earthquake had hit a few days before and the rescue were desperate for help as they were inundated with animals. 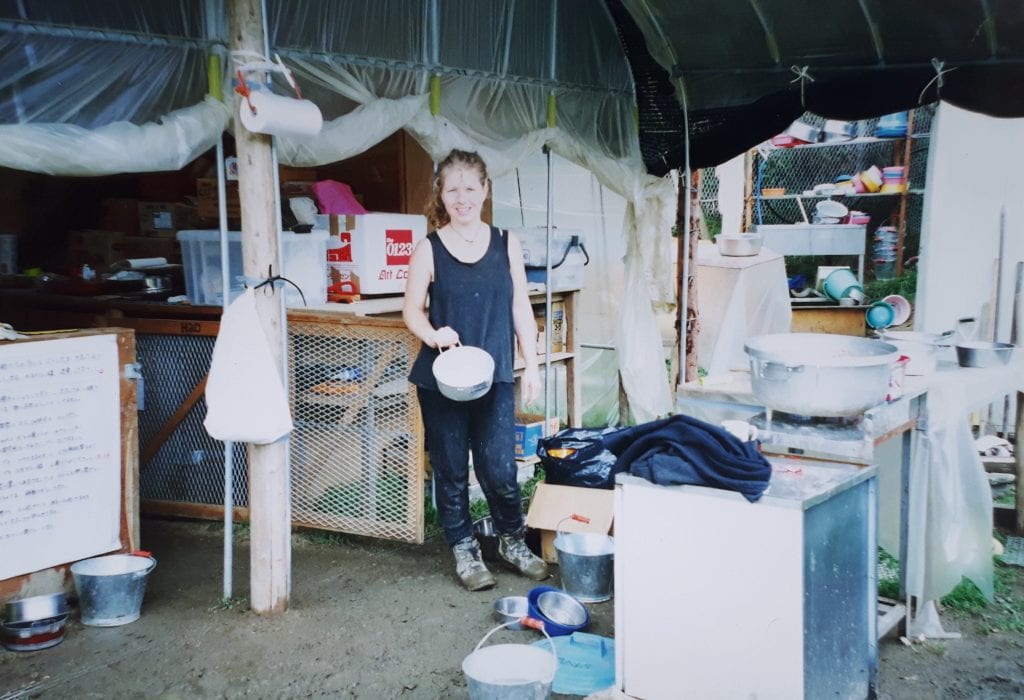 I soon found myself on a flight to Japan, with a friend and a visa for 3 months. The situation there was shocking. Temporary shelters had been built for the animals in paddy fields by the rescue. Many, many dogs and cats were brought to us – not abandoned but simply homeless. Their owners were also homeless, having lost everything in the earthquake. They had been given temporary accommodation but pets were not allowed. It was heart breaking that they then had to give up their beloved pets too.

It was very demanding work – the dogs were traumatised by the earthquake and by losing everything they had known; we had to gain their trust and teach them how to walk and socialise again.

After this initial 3 months we were asked to go back again. I jumped at the chance! I really felt like working with these animals was having a huge impact on their lives. We worked 14 hour days in snow, rain, sun, and wind. We wore donated clothes and lived off a strange diet of seaweed and mushrooms (veganism hadn’t hit Japan yet!), but we were incredibly happy. I felt like the huge reward of seeing once sad dogs happy again could get me through anything! 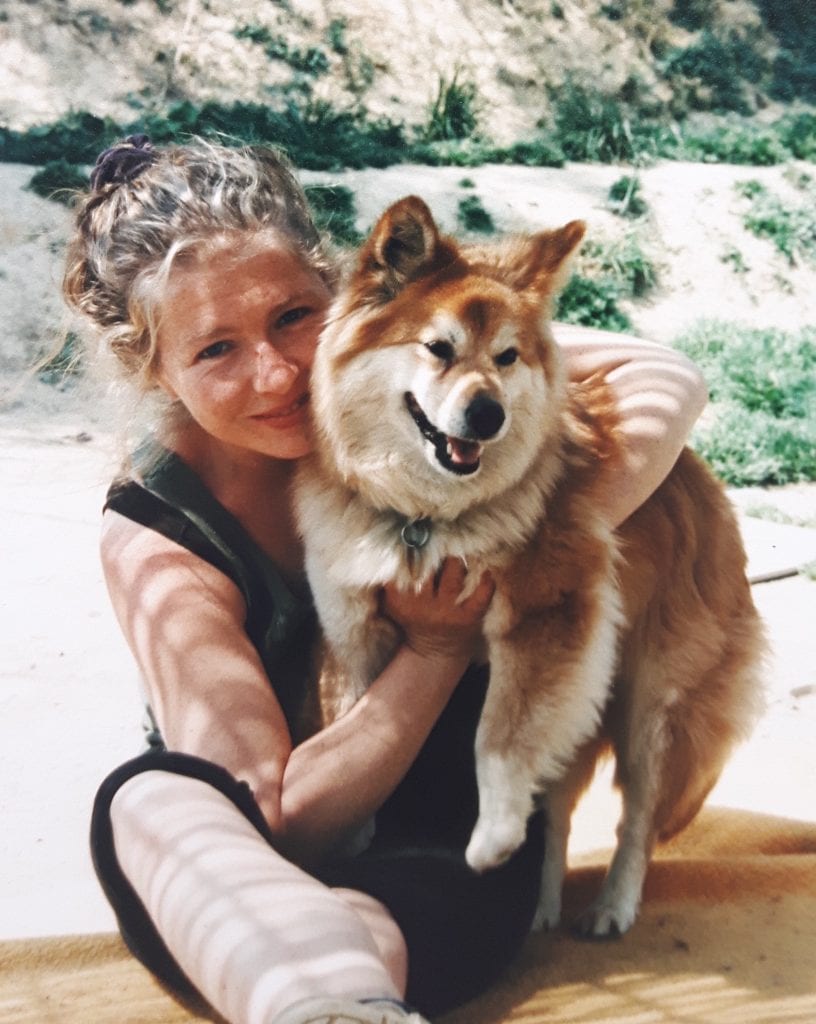 It sometimes took many months and even years for families to be reunited with their dogs. When they did we cried, and the families were so genuinely grateful to us for our help we cried some more!

On our last journey home from Japan we stopped in Goa, India for a holiday. We were shocked at the situation of the street animals there, and I knew instantly that we wanted to help them.

We heard about a rescue called AHIMSA that worked with street dogs in Mumbai, hundreds of miles away! We made the journey, saw the incredible work they were doing, learnt as much as we could and then decided we would do the same in Goa.

Back at home we raised funds and I got work in a pub, we approached companies for donations of medical equipment, and contacted vets that could help us. We bought an old battered jeep in Bombay and drove to our rented house in Goa. 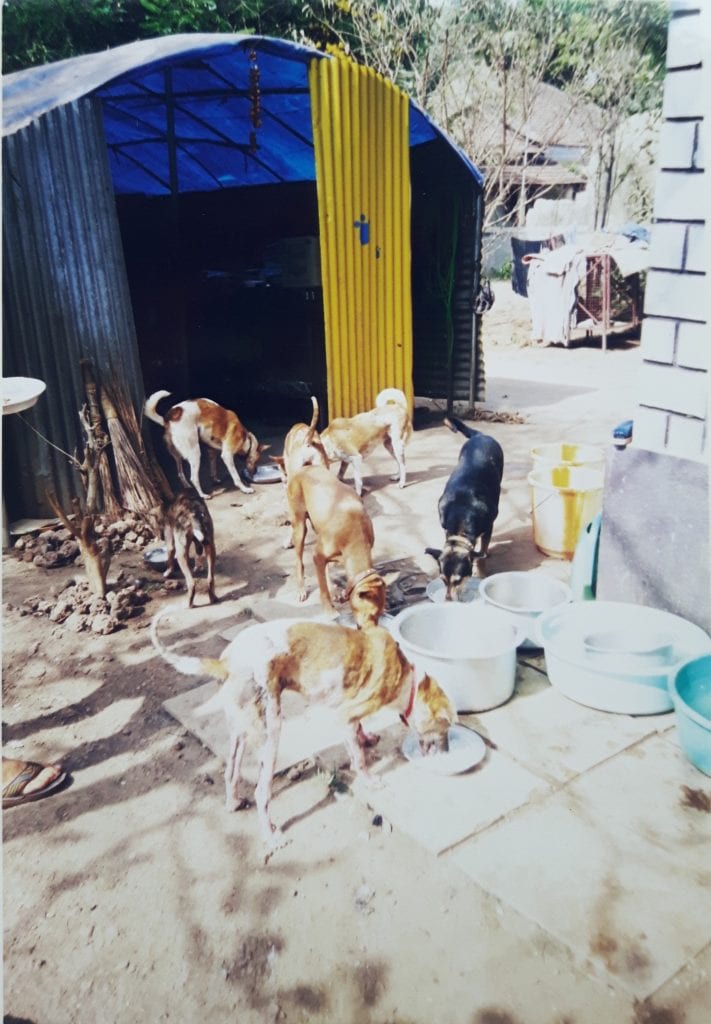 I spent the majority of the next 5 years working on this project. It was an mazing experience that I feel totally privileged to have been part of. By the end of that time we had achieved an incredible amount. We had neutered 100’s of dogs, saved hundreds from excruciating deaths from maggot infested injuries, we raised awareness in the local communities, and we even got the law on shooting stray dogs halted because of the work we were doing.

Eventually it almost became too successful for us to handle. We started to look for help from a bigger organisation and our Goa Animal Rescue was eventually taken over, and still exists today. 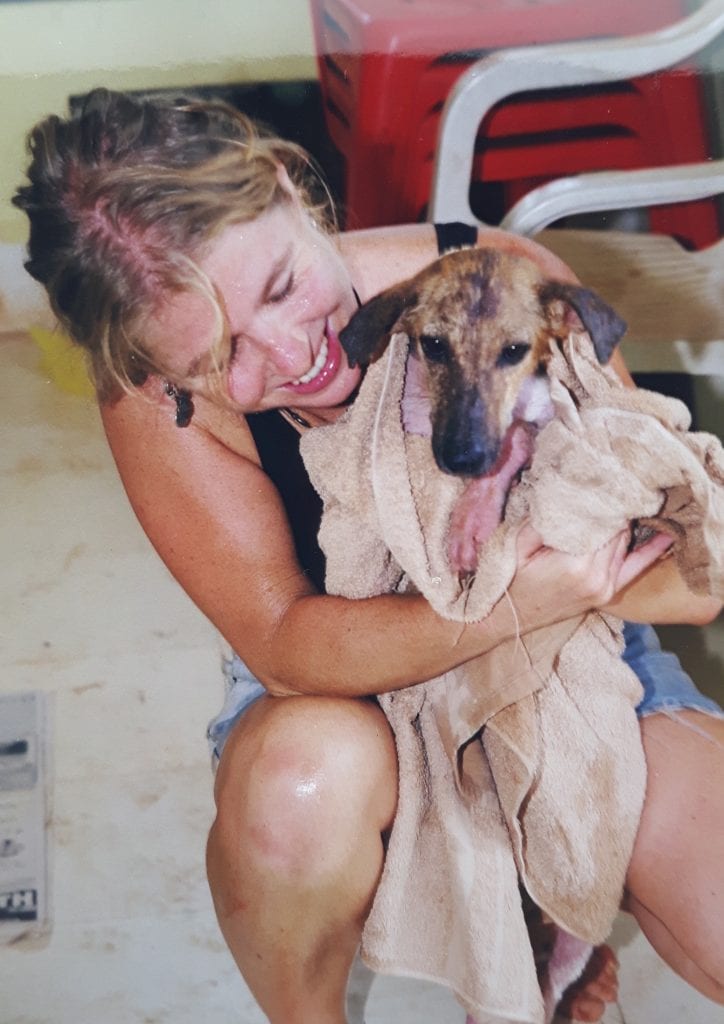 I left the project in June 2001 and soon met my current partner. I now have two children who are also vegan and as passionate about animals as I am! We have a house full of cats, dogs, rabbits and hamsters – all of course are rescues.

I eventually wanted a career that would fit in with my life as a mum so I decided to re train as a teacher, and go back to my Biology routes. I feel very strongly that children need good role models and I hope that I encourage my pupils to strive to be the best they can.

My pupils know that I’m vegan and often ask me questions and find my answers interesting. We have a good relationship and they don’t think I’m anything unusual – I hope!

When I’m teaching I often find ways of covering topics and issues from an ethical point of view. I hope this makes my students think outside the box, as well as it being a bit more interesting. They know that I disapprove of zoo’s as well as my stance on animal experimentation.

I feel I have tried all my life to be compassionate and I hope I encourage and inspire my children and friends to do their bit as well. I have been incredibly lucky to have had all the experiences that I have, and I will always encourage my children to follow their dreams and try to make a difference to the world too. 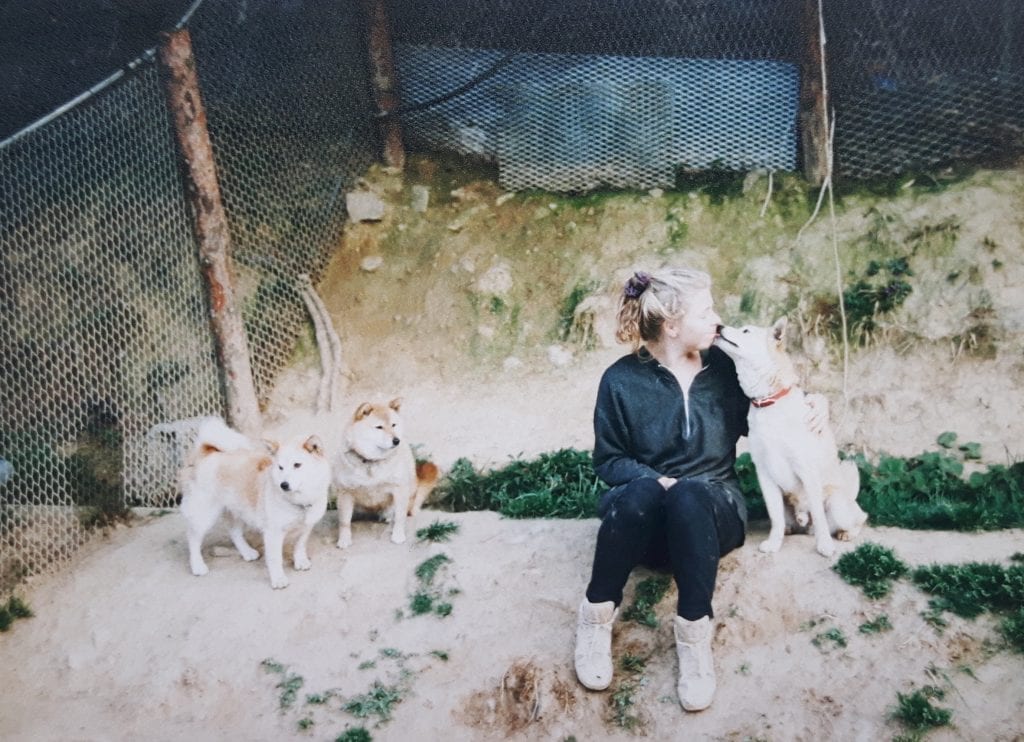