Empathy Heroes: 5 people who changed the world by taking compassion to the extreme. By Roman Krznaric 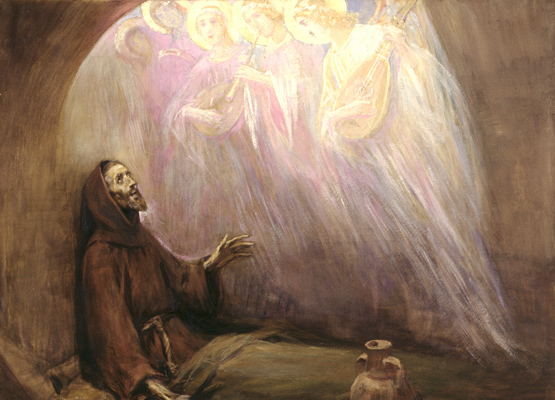 In the year 1206, Giovanni Bernadone, the 23-year-old son of a wealthy merchant, went on a pilgrimage to St. Peter’s Basilica in Rome. He could not help noticing the contrast between the opulence and lavishness within—the brilliant mosaics, the spiral columns—and the poverty of the beggars sitting outside. He persuaded one of them to exchange clothes with him and spent the rest of the day in rags begging for alms. It was one of the first great empathy experiments in human history.
This episode was a turning point in the young man’s life. He soon founded a religious order whose brothers worked for the poor and the lepers, and who gave up their worldly goods to live in poverty like those they served.
Giovanni Bernadone, known to us now as St. Francis of Assisi, is remembered for declaring, “Grant me the treasure of sublime poverty: permit the distinctive sign of our order to be that it does not possess anything of its own beneath the sun, for the glory of your name, and that it have no other patrimony than begging.”

2. Beatrice Webb: From comfort to the sweatshop 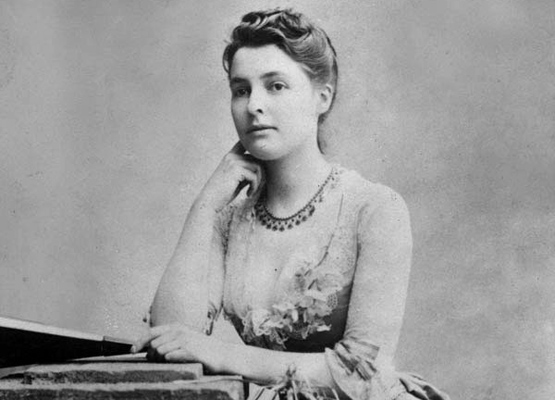 Beatrice Webb, photographed in the years before she ventured onto the streets of East London. Photo credit Wikimedia Commons.
In the early 20th century it became popular for writers and would-be social reformers—among them Jack London and George Orwell—to spend time living down and out on the streets of East London to experience the realities of poverty among the homeless, beggars, and unemployed. The forgotten figure who started this tradition was the socialist thinker Beatrice Webb.
Webb was born in 1858 into a family of well-off businessmen and politicians. But in 1887, as part of her research into urban poverty, she stepped out of her comfortable bourgeois life and dressed up in a bedraggled skirt and buttonless boots to work in an East London textile factory. The account of her adventure, Pages From a Work-Girl’s Diary, caused a sensation. It was unheard of for a member of respectable society, especially a woman, to have firsthand experience of life among the destitute.
“My own investigations into the chronic poverty of our great cities opened my eyes to the workers’ side of the story,” she wrote in her autobiography. Her empathy immersion inspired her to campaign for improved factory conditions and to support the cooperative and trade union movements. She later became a leading figure in the socialist Fabian Society and co-founded the London School of Economics.

In 1959, the white, Texas-born Griffin decided to get a taste of what reality was like for an African American man living in the segregated Deep South. He dyed his skin black with a combination of sun lamps and pigment-darkening medication, and then spent six weeks traveling and working in Louisiana, Mississippi, Georgia, and South Carolina. Nobody ever suspected his deception.
It was an eye-opening experience. Working as a shoeshine boy in New Orleans, he was struck by how white people stared through him without acknowledging his presence. He experienced the everyday indignities of segregation, such as walking miles to find a place to use the toilet, and was subject not just to racist verbal abuse but to the threat of physical violence.
He wrote about his experiences in the monthly magazine Sepia, which had sponsored his experiment, and later in his best-selling book Black Like Me.
Today it might seem condescending or unethical for a white man to speak on behalf of other racial groups, but at the time most African American civil rights activists saw his work as necessary because it was so hard to get their own voices heard. Griffin gained widespread attention for the cause of racial equality, and worked with Martin Luther King Jr.
At the heart of his book is a resounding message about the value of empathy: “If only we could put ourselves in the shoes of others to see how we would react, then we might become aware of the injustices of discrimination and the tragic inhumanity of every kind of prejudice.”

In 1983 the German investigative journalist Günther Wallraff embarked on what may be the most extreme empathy immersion of the 20th century when he spent two years undercover as a Turkish immigrant worker.
Wearing dark contact lenses, a black hairpiece, and having perfected a broken German accent, he threw himself into a succession of backbreaking jobs, such as unblocking toilets on building sites that were ankle-deep in urine and shoveling coke dust at a steel factory without a protective mask, which left him with lifelong chronic bronchitis. What struck him most, he later wrote, was not the 19th-century working conditions but the humiliation of being treated as a second-class citizen by “native” Germans.
His book about the Apartheid-like conditions experienced by foreign workers in Germany, Lowest of the Low, sold more than 2 million copies in 30 languages. It led to criminal investigations of firms using illegal labor, and resulted in improved protection for contract workers in several German states. Walraff’s work demonstrates the unique power of experiential empathy for uncovering social inequality—an approach followed by later investigative reporters such as Barbara Ehrenreich.

5. Patricia Moore: A product designer from all ages

Patricia Moore dressed to look like an elderly woman. Photo courtesy of the author.
Today, one of the leading exponents of experiential empathy is the U.S. product designer Patricia Moore, whose specialty is using empathy to cross the generational gulf. Her best-known experiment was in the late 1970s when, aged 26, she dressed up as an 85-year-old woman to discover what life was like as an elder. She put on makeup that made her look aged, wore fogged-up glasses so she couldn’t see properly, wrapped her limbs and hands with splints and bandages to simulate arthritis, and wore uneven shoes so she hobbled.
For three years she visited North American cities in this guise, trying to walk up and down subway stairs, open department store doors, and use can openers with her bound hands.
The result? Moore took product design in a completely new direction. Based on her experiences, she invented new products for use by elders, such as those thick rubber-handled potato peelers and other utensils now found in almost every kitchen, which can easily be used by people with arthritic hands. She went on to become an influential campaigner for the rights of senior citizens, helping to get the Americans With Disabilities Act enacted as law.
Her latest project is designing rehabilitation centers for U.S. war veterans with missing limbs or brain injuries so they can relearn to live independently, doing everything from buying groceries to using a cash machine. Her whole approach, she says, is “driven by empathy, an understanding that one size doesn’t fit all.”

How to be practice experiential empathy
What lessons should we draw from such inspiring lives?
Few of us are going to dress up as an 85-year old or spend years masquerading as an immigrant worker. But we can all practice experiential empathy in other ways. You could take part in Live Below the Line, an anti-poverty campaign where tens of thousands of people each year live for five days on $1.50 a day, which is the amount that more than 1 billion people on the planet have to live on. Next time you go on a two-week vacation, sure, spend some time lying on the beach in Mexico the first week, but why not volunteer as a teacher at a local school in the second one?
And if a “wealth swap” isn’t your thing, try a “God swap”: If you believe in a particular religion, spend a month going to the services of different religions, including a meeting of humanists.
These are all ways of getting a little experiential empathy into your life. Doing so will not only expand your own worldview and imagination, but enable you to use empathy to create social justice. And that’s a whole lot better than allowing this powerful form of human understanding to become just another tool of the marketing industry.

Roman Krznaric wrote this article for Yes! Magazine, a national, nonprofit media organization that fuses powerful ideas with practical actions. Roman's new book, Empathy: Why it matters, and How to Get It, is published by Perigee/Penguin.