Finally, things are calming down a little around here.The influx of chicks is slowing down, along with hedgehogs. The staff are drawing a collective deep breath and are hoping that lunchtimes are now back on the menu.

Our final two shelducks are now enjoying the water aviary, prior to their release, while the other five have been been successfully released; it was an absolute joy seeing them go! Our remaining shelducks are now pretty wild and refuse to hang around to be photographed, which is why, despite furtively creeping around, we only managed to get a picture of one of them. 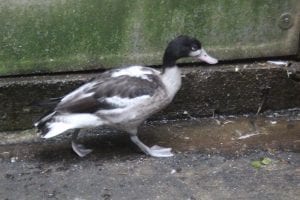 We have successfully released a large number of ducks this year, all of which came in as tiny ducklings. Sadly, one group of mallards are unable to be released as their wings have not developed normally, despite constant veterinary care and being fed a balanced diet. This seems to be the result of an early vitamin deficiency, which has resulted in them being unable to fly. They will live on our farm and roam free so it's not all bad news. 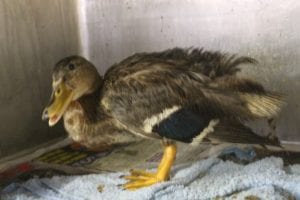 Eight of our herring gulls are now back in the wild; we still have several more, but hopefully they too, will be released soon.

It seems to be all about releases this week, which is always the most rewarding part of the job! The mistle thrush, goldfinch, and sparrow, along with a variety of other birds are also now enjoying the wild once again. It's always wonderful seeing these creatures back where they belong, especially those we never thought would make it.

Now, I know these adorable guys, Pumpkin and Pickle aren't wildlife but I simply had to include them as they were recently returned to the rescue due to their owner's failing health. They are eight and seven respectively and need to be re-homed together. If curious, friendly escape artists are your thing, then get in touch now! 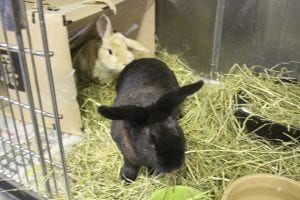 We urgently need newspaper, and as always, we are still desperately short of towels, and long and short shredded paper. We'd also be extremely grateful if anyone is able to contribute to our current cash crisis appeal. Please click HERE

Out and about early September.

Mushrooms grow throughout the year but most wild mushrooms only appear in the autumn. Now is the time to look out for them as they're becoming plentiful. This little beauty, Coprinus Comatus, has a variety of names; the shaggy inkcap, lawyers wig or shaggy mane. It's edible when young but highly poisonous when mature, so I would advise against eating it unless you're an expert! 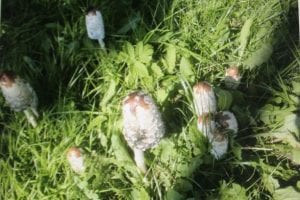 This is also a good time to look out for rutting roe deer. As it's mating season, the bucks now become aggressive and begin fighting other males to gain or maintain territory. The doe's pregnancy lasts for ten months, with the twins or triplets being born in May or June the following year. Interestingly, once the eggs are fertilized, they travel to the uterus but remain unattached for five months and just float in the womb. This is called "delayed implantation" and conserves the doe's energy throughout the lean months when food is scarce. The embryo's begin to grow once the food appears in the spring. Other species, such as badgers, grey seals and most bats also engage in this process. 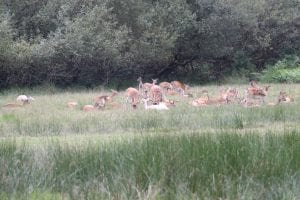 Whilst white roe deer are rare, the white colouration is natural and not a result of albinism.

There's good news for once, roe deer are now thriving and can be commonly seen across the whole of England and Wales after being almost hunted to extinction in the 1700's. They were re-introduced by the Victorians and have steadily increased their numbers ever since.

that if gardeners switched back to growing native British plants instead of exotic plants like fushia, dahlia and thyme, insects are three times more likely to visit them. Native plants such as foxglove, purple loosestrife, honeysuckle and heather are far more valuable, creating a healthy garden ecology which provides more food for birds, hedgehogs and helpful predators such as ladybirds and spiders. 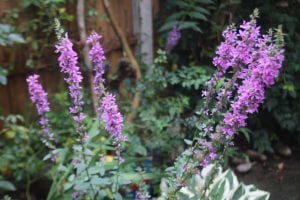