As June Drifts into July

The good news this week is that the hedgehog that was seriously injured by a strimmer, is due to be released and our little collared dove chick with the infected wing and our five blackbird chicks, that were attacked by cats, have now all made a full recovery and are due to go into an aviary to prepare for release. 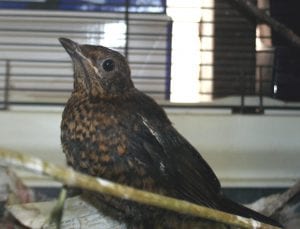 We are thrilled to see the collared dove chick go from strength to strength as the vet didn't think it would make it at one point, given the infection in its wing was so severe. 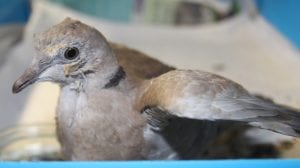 Sadly, our lone shelduck chick passed away, probably due to liver problems, but our other group of shelducks are absolutely thriving.....again....touch wood, you simply never know with wildlife.

Given our good weather over the last week we have released seven hedgehogs, ten feral pigeons, two wood pigeons, a sparrow, and twelve ducks. Not bad going eh?

Here's a video of our first group of ducklings being released, they were tiny when they arrived. You just can't beat the thrill of releasing ducks, their love of the water is utterly contagious.

Of course, as soon as the water aviary is emptied it's instantly filled with another brood of ducklings, and we also have another group waiting their turn in the wings, after this lot are released. These birds are a little unsure of the water initially, but it doesn't take them more than a few seconds to start ducking and diving. 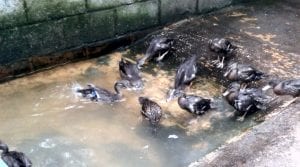 We now have a run on herring gull chicks, four in all. One fell off a fourty foot roof in Liverpool resulting in it injuring it's left leg and wing, thankfully, it's now doing well. 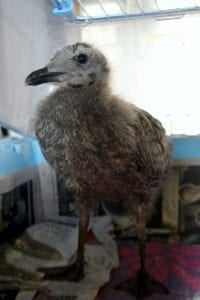 Herring gulls are spotty when very young and are utterly adorable as they are quite sociable around people. They often duck and bow to the staff, unlike the adults, who are totally vicious and specialize in hanging off our fingers and pecking our arms!
We've also had more wood pigeons in and a tiny, tiny chaffinch, that was found next to it's three dead siblings. Fingers crossed it does well as the staff are concerned at the moment as it's very subdued. It will get all the tlc it needs as the staff will take it home with them each evening. 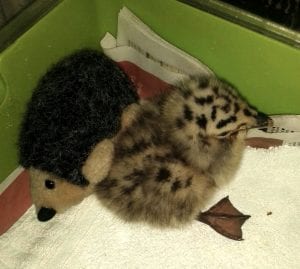 Now, I know this little guy isn't wildlife, but I simply had to include him as he's hunkering down in wildlife at the moment as the farm staff are concerned that the adult sheep may rough him up a little. His name is Josh and he's seven weeks old, how's that for cute? 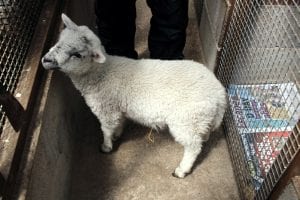 We are still desperately short of towels and hedgehog biscuits, no fish flavours though as our hogs won't eat them. We also urgently need bird seed and mealworms to feed our growing brood, so fat balls, wild bird seed, niger seed, sunflower seed and peanuts would be MOST welcome.

A huge thank you to anyone who can help.

Out and about this June

June 21st was the summer solstice when we enjoyed our longest day with the sun rising earliest and setting latest. This is the time when insects are most abundant and the poppies burst into bloom in our fields and verges. It's always worth sowing poppy seeds as they grow easily and need little care, actually preferring poor soil and neglect. Poppies are a wonderful flower for our bees, hoverflies and other pollinators are they are laden with pollen and are easily accessible. 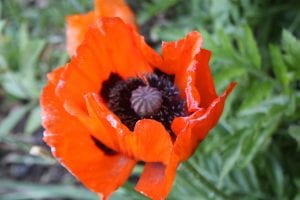 Hoglets are born late May, June and July, depending on the weather so it's a good idea to check the long grass before mowing and strimming.
You may have noticed blackbirds in your gardens with bald patches on their heads and bodies. This is caused by feather mites which result in feather loss. It looks unsightly but doesn't really affect the birds as the feathers will grow back. To prevent this it's worth destroying old nests when the chicks have fledged to prevent the spread of mites, ticks and fleas. 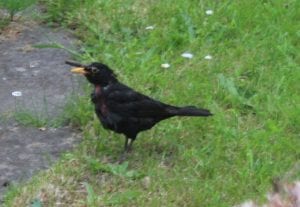 A group of foxes is called a skulk.

That there are only three native snakes in Britain, the grass snake, the smooth snake and the adder, only the adder is poisonous. There is a fourth snake that is non-native, the aesculapian snake.

Britain's smallest mammal is the pygmy shrew which is roughly the size of a man's thumb. Shrews also need to consume 200%-300% of their body weight in food each day to survive, resulting in them having to eat every two hours.

Check out the link below if you are a school or community group to acquire a free tree.
www.woodlandtrust.org.uk/plant-trees/free-trees/