Life at wildlife has been pretty hectic of late. Over the last week or so, at least six hedgehogs and multiple birds have been pouring in on a daily basis, adding to the large numbers already being cared for, resulting in the staff seriously struggling for space. 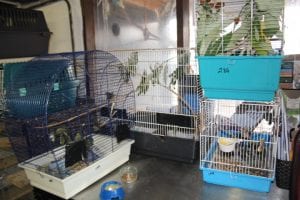 There have been lots of releases recently, due to the good weather; a large group of ducks, the blackbirds, a finch, sparrows and jackdaws along with many hedgehogs. We wish them all well.

All of our hedgehogs are released back into the wild, 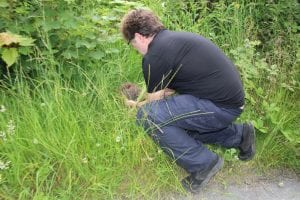 and the gardens they were originally found in. 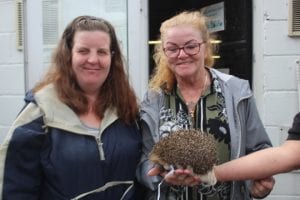 As fast as they go out, more come in! 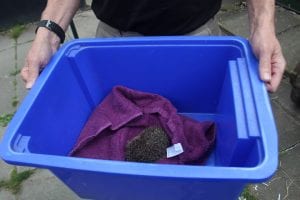 Many are tiny, weighing less than 100 grams, they'll be here for several months. At this time of the year we can release hedgehogs once they reach 500 grams as they have plenty of time to gain the weight needed to successfully hibernate. Hedgehogs always remain at the wildlife unit until they are well enough, or big enough for release. 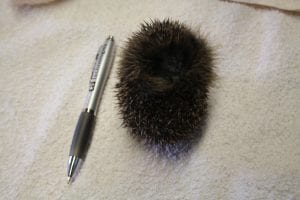 Our five shelducks have been preparing for release in the water-bird aviary, and it's wonderful to see how wild they've become, so wild in fact, you can't even get a good photograph of them, as they all run for the cover of the shed. 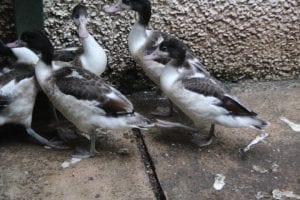 Talking of shelducks, another two of these delightful, and photogenic ducklings have recently arrived..... 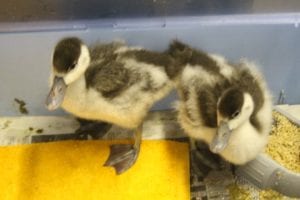 along with a variety of birds, including crows, pigeons, wood-pigeons, collared doves and this attractive mistle thrush which was injured when it fell from a tree that was being cut down. 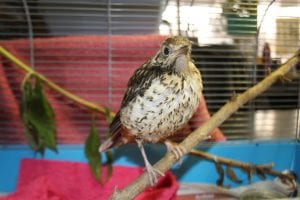 In other news, our gulls are thriving, as is Josh, the lamb, who has now been integrated into our group of sheep, there has been a little rough and tumble but all is now well.

We're all delighted to see the tiny little finch, that was found next to its three dead siblings, doing so well. It has now started to feed itself, so shall soon be going into an aviary to prepare for release. Another unexpected good news story!

Now, I know these adorable guys aren't wildlife but I simply had to include them as they were abandoned outside the rescue. They are settling into our small mammals unit well and have been named Cadbury and Galaxy, aren't they a gorgeous colour? 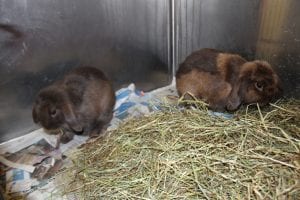 We've also been out and about with our Urban Wildlife Talks at Starbucks, Ince Blundell and the wonderful Forestry school, Valewood, Crosby where we were very impressed with the schools' commitment to improving the environment. 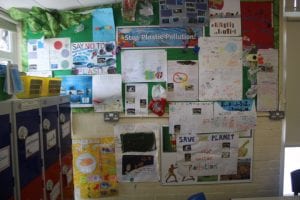 We are still desperately short of towels, long/short shredded paper and cat/dog/hedgehog biscuits, no fish flavours though, as our hedgehogs won't eat them.
We also urgently need bird seed and mealworms to feed our growing brood of wild birds, so fat balls, wild bird seed, niger seed, sunflower seed and peanuts would be MOST welcome.

We would also welcome hamster cages and rabbit hutches, especially hutches with runs.

A huge, huge thank you to anyone who can help, we really  do appreciate it.

Out and about this July

Given the sunny weather we've all been enjoying, many have taken to walking the waterways and canals. If you enjoy feeding waterbirds, please don't feed them bread as it makes them feel full, which then prevents them from eating their natural diet, resulting in nutritional deficiencies.

Bread has no nutritional value for waterbirds and causes many health problems, especially angel wing which prevents them from flying and shortens their lifespan.

When bread sinks to the bottom of the water the nutriments are released which increase the presence of soil bacteria, including a bacterium known as clostridium botulinum, which causes avian botulism, which if ingested results in birds catching the disease leading to paralysis, then death. 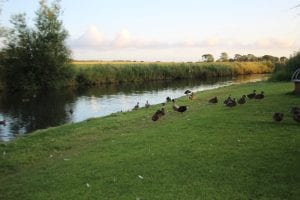 Most of these ducks were released by us last year, it's just wonderful to see them thriving and back to to wild where they belong.

On a more cheerful note, you can feed water birds birdseed, chopped grapes, mealworms, veggie peel, chopped lettuce and other greens.
Oh.....and during these dry days please leave water out for our wildlife. Shallow dishes filled with water and pebbles are ideal for our pollinators. Also remember to leave a plank or branch in a pond to allow wildlife to climb out.

that Britain's largest resident population of bottlenose dolphins can be found at Cardigan Bay, West Wales? Summer months are best. You can also spot Atlantic grey seals on the beaches with their pups, which are born during September and October. Also, look out for Harbour porpoises which can be seen at nearby Cwmtydu.

Among mammals, otters have the thickest fur. It keeps them warm and also traps air close to their skin which keeps them buoyant.

Puffin beaks are not colourful all year round. Their technicolour beaks become dull grey or black during winter.