Naughty Simon is coming back

We have had to do a swap with two of our loaned out ponies. Sophie and Simon went out to a home in the summer but naughty little Simon the miniature Shetland has been nippy around the children. They will be coming back to us but the family are giving a home instead to Minnie and her daughter Georgie Girl who have calmer natures. It is often the little ones who behave badly. I think they have the ‘little man’ syndrome! To compensate for their lack of stature they develop a huge personality and can be very loud, bossy and argumentative. Anybody recognise that description? It certainly fits our Simon and come to think of it, many of the Shetland ponies we have had here have had a real attitude. They often have great characters and personality but can definitely be on the naughty side. I only have to think of Noddy when he was young and how he terrorised all the staff at Liverpool, including me!(but I still miss him loads)

Alternative remedies can be very useful when orthodox medicine fail to hit the spot and our horses are benefitting from our made up ‘Golden paste’ consisting of turmeric and Flaxseed oil. It has worked wonders for Jimmy,Moko, Dids, Solitaire and now Axel who are being treated for either laminitis or digestive problems.Making it up ourselves is giving us a saving of fifty percent! Well worth while. Last night Mei noticed Freddie was not acting normally – she is excellent at quickly spotting any change in the behaviour of an animal, she was concerned enough to call out the Vet. By the time the Vet arrived it was clear that Freddie was going down with a bout of colic but after he was treated, he began to recover and Mei felt happy enough to leave him to go home.

The seven Shi Tzus  which had been left to us in a will, came in but we had to send them to Liverpool as we had no space for them  here in Wales. Dear little dogs but bewildered at their change of circumstances, I had  hoped they would soon be able to be placed for adoption but today I heard that most of them require surgery for major dental problems and several have huge hernias which need removing.That coupled with the usual vaccinations and spaying(only one was spayed) means a great deal of unforeseen expense although a  close relative of the deceased  has made a generous  donation which will partially cover the treatment needed.Their ages are between 5 years and ten years and there has already been much interest in them though until they are all 100 percent fit and healthy they cannot be placed for adoption. It will be some weeks before this can take place, maybe even longer for some of them.

. Yippee, we have found a potential home for the mother and daughter Lurchers Cadi and Ffion, I am so pleased that someone has finally shown interest as it is undoubtedly difficult to rehome a pair of dogs and if they are bigger than terriers and middle aged it can be even more so.The lady is coming to see them tomorrow. Fingers crossed for the girls. They are lovely dogs though I confess to being totally biased where lurchers are concerned. I love their gentle natures (with a few exceptions!) and their gracefulness and affection, not to mention the fact that they tend to be couch potatoes as long as they have a couple of short bouts of exercise off lead during the day. Oh and they are so easy to walk, there is no pulling you over as can happen with other more boisterous breeds. Unfortunately , much as I love her, my own cross greyhound/deerhound lurcher Meg does not have a typical character of the breed and I have come across other occasional exceptions during my years in animal welfare.There are so many crosses nowadays. At one time Lurchers were almost always greyhounds or whippets crossed with collies, deerhounds or bedlingtons, but now there is a trend towards crossing them with bull breeds so of course temperament and activity level can vary. For some reason my own Meg does not have the usual trustworthy nature and can turn suddenly on me if unhappy with something I am doing .Even putting on a collar is fraught with difficulty and I can forget putting a warm coat on her, , she would rather tremble with the cold and I do not argue with her when she does not want to do something. There has seldom been a time I have not lived with a sighthound and there have been some very special ones like Mr Whippy and more recently my adored part whippet William for whom I still grieve.

Today Pepper the Xmas Eve admission is going to her new home so we are doing very well with the dogs at the moment.Long may it last.

My roaming cat Lucy has decided that winter weather is not for her and like all our cats spends her days in the warmest spot she can find. We have had some lovely gifts for the animals recently including dog coats and cat scratching towers.The cats love these towers and it is not uncommon to find a cat or two sleeping on one of the tiers. We are so grateful when our supporters send these gifts through our Amazon Wish List, we all get very excited opening the parcels.Thanks to everyone who donates to us through the Wish list, rest assured every single item is used and appreciated. The cat shed which was very kindly paid for by a supporter has not yet been delivered due to the dreadful weather we are having and the dearth of able volunteers to do the work needed to make it totally weatherproof and insulated, but we hope to have it up and in use by next month.We are looking forward to getting rid of all the falling apart cat cabins and replacing them with this new better accommodation.

I can’t finish this post without mentioning the death of David Bowie, one of my idols in my teenage years. What a visionary, a vegetarian since young, a man musically way ahead of his time and whose music is still loved and played by so many including myself. RIP David Bowie. 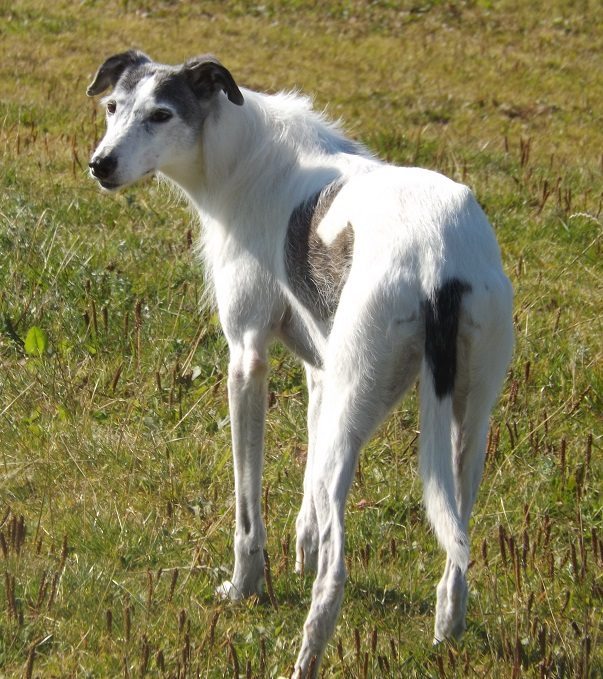 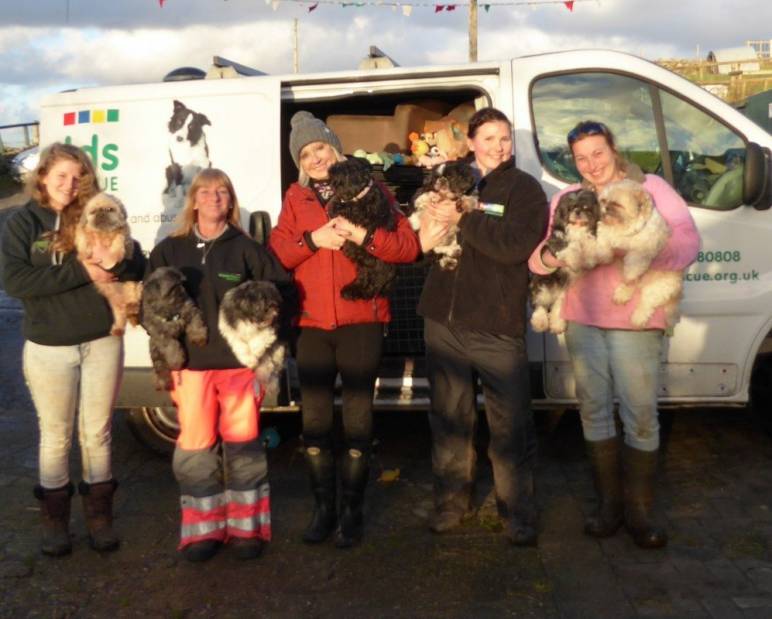 Photos -  Simon the palomino shetland who is coming back to us, Meg Lurcher and the staff with the seven shi tzus on their arrival at the shelter here in Wales.