I have been on holiday to Costa Rica for two and a half weeks and I know there will be some people who will immediately  want to know how I can afford it when the shelter is struggling for money.Of course I am not obliged to divulge my personal circumstances and I’m sure most of the nice people who read this blog will not be critical, however I am aware that there will be some who think otherwise. Therefore I am happy to explain that I am dipping into my personal pension fund which means I will have very little(probably  nothing) when I retire but I will have enjoyed visiting  the places I have always longed to see and whilst I am still healthy and fit. I hope that goes some way to satisfying those who have and probably will continue to make comments about my personal life.

Anyhow I am pleased to say that I have returned feeling more able to cope with the daily issues which occur at all animal shelters, not least the fact that two members of staff left whilst I was away but Sometimes working with animals is not what people expect and it is hard to find the right people for the job;,it is not as easy as some may think. There will be lots of interviewing over the next two weeks but hopefully we will find the right people to fill the vacancies.

Whilst I was away I saw some beautiful animals, lots of gorgeous brightly coloured birds, like Hummingbirds and Tanagers. I saw bright red poison dart frogs, sloths,crocodiles,a coatimundi , Iguanas and  monkeys galore.It was a paradise for a  wildlife lover like me. I even like spiders and insects of which there were many  and the trees in the Rainforest were just awe inspiring.Huge hundreds of year old trees. I have loads of photos with which to bore friends and family- I can already hear their yawns of boredom! Needless to say there were some animal related issues which upset me greatly but that was in Nicaragua and I am not going to tell you about them other than to say that I am trying to get help from International organisations and am waiting for replies to my emails. In Costa Rica there is a dog shelter with 900 residents which have acres of land on which to roam freely but they  receive food and water daily.What a paradise for former street dogs! I only wish I could have visited it whilst I was there but  I only found out about it when I returned and spotted  the story about it on a friends facebook page.

Back home I find that we have managed to house another horse through  our loan scheme. Thor our Norwegian Fjord has gone to keep a lonely horse company and we hear they are doing well together and forging a close bond. That’s what I like to hear when one of our animals goes to a home with another, it usually does work out with horses. Lone equines are generally so glad to have another of their own species with them, we have never had a problem with them not bonding well.Sometimes it takes a few days, with others it can be instant though we hear that Thor was a bit naughty at first and did a bit of fence jumping and wandering.He has settled now and we are told he appears to be content with his new environment and companion.Nice news to come back to.

We have just admitted four kittens aged 5 months but they are so small, they could easily pass for 12 weeks. Their mum is very small too and we will be having her spayed next week.We had received a call from a housing association to ask for our help with a family whose cat situation was in danger of becoming out of control. In fairness their cats were much loved, the adult cats were friendly and contented but if these youngsters had stayed there much longer there would have been more litters of kittens and so it goes on…..and on ……….Much better the adults are neutered and the kittens rehomed.

Another cat admittance is Artie, a big black neutered cat(why has nobody claimed him?) who was in a road traffic accident and although he was seen by a Vet, we have had to send him back in for more tests.He has been there for two days and we are anxiously waiting for news, as is Moses our stalwart cat trapper who was the person who caught him only to find  that he was a domestic cat and not an injured feral.

We had a welcome visit from Sam the Patterdale cross whom we rehomed after six long years in our care. What a great success story. From the staff  having to warn people about Sam jumping an nipping, he is now so well socialised he goes to work with his new carer where he is made much fuss of by the other workers also. We are all so thrilled for Sam as he holds a special place in the hearts of all the staff at Fresh fields. Happy days Sam.

To my amazement and great delight, I have received two offers of a home for two farm Collies whose owner has died. 14 years old Nell and her 7 years old son Ben have been working dogs and when I placed an advertisement on the national website Dogsblog, I was not exactly filled with hope for them. Not many people will take on a 14 yrs old dog, let alone two dogs of maturity so arrangements are being made to have Ben neutered before he impregnates Nell yet again.Only last year she gave birth to pups, all died which I feel in a way was a blessing. She was  far too old  at thirteen years to be caring for a litter of pups and she had probably had many litters previously. Sometimes nature takes over and in this case,  although the death of any animal is sad, I believe it was for the best.Poor old girl!  I will keep you posted on their progress.

I can now hear the sounds of a binbag being ripped open and I fear that our resident ex Romanian street dog Oliver is at it again. I’m off to rescue the binbag ( we never know what we will end up rescuing from day to day! )Today a binbag, tomorrow  who knows... 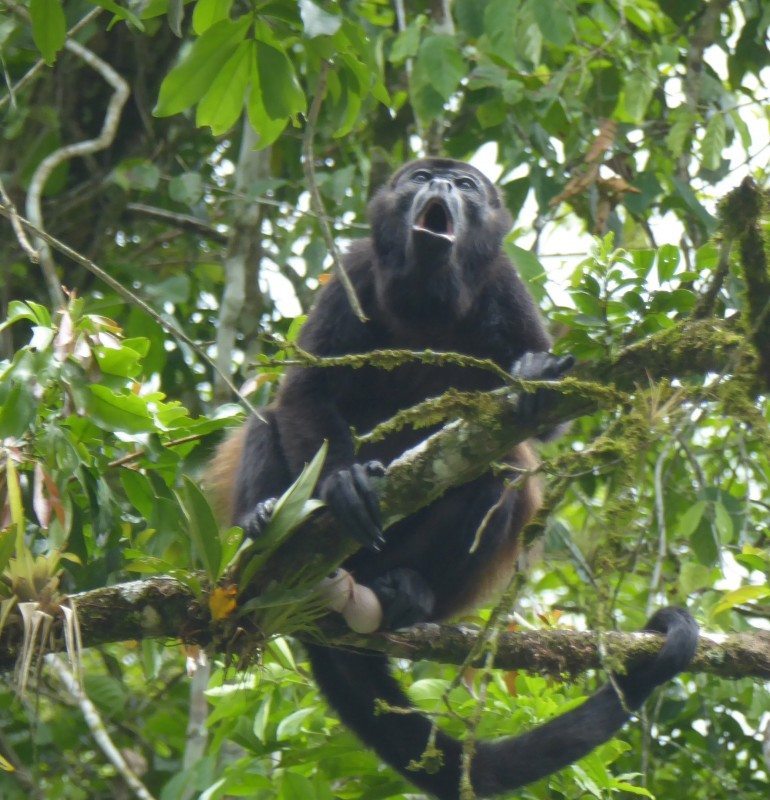 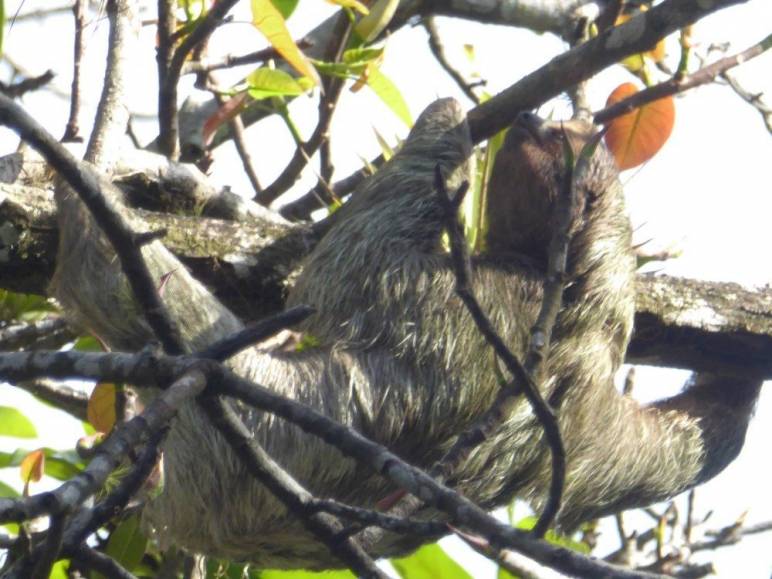 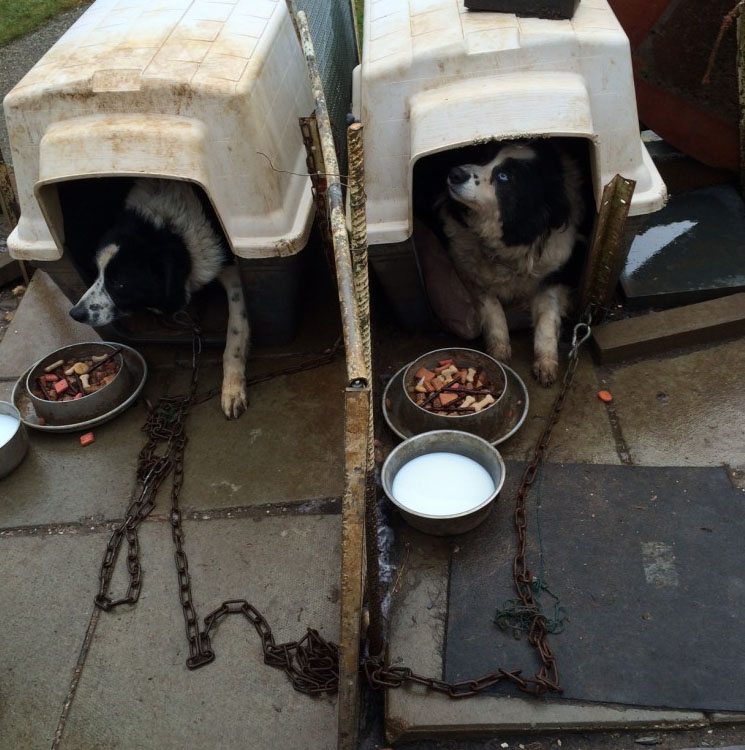 Photos - Down the san carlos river. Howler monkey which woke me up outside my room, noisy blighter! A sloth being slothful and Nell and Ben in their current situation.