Come on, last chance to join us at Zipworld!

In an attempt to raise some funds for the shelter here, I organised a Zipwire event locally but  I was disheartened to have no applications from people wanting to take part.This week, however,  I reposted the appeal on Freshfields Facebook Page and I am delighted to report that I have had a positive response this time,  and  there should be around 25 people taking part including 10 part time firefighters from Bangor Fire Station. Fantastic. That has  really cheered me up for the week! At one point I thought it would just be the four members of staff here taking part. If anyone else would like to participate please either ring me on 01286 479711 or email me at: lesley@freshfieldsrescue.org.uk.  It will be held on Saturday May 21st  at 11am.The location is at Zipworld, Bethesda, near Bangor, Gwynedd and it is The Longest Zipwire in Euorope! You can invite friends and family to come and watch and then afterwards you can recuperate  from your experience in the Zipworld  Café! Fresh fields T.shirts will be supplied to everyone for  the group photo before we all take the plunge.Come on, last chance to raise some funds for the animals in this area by doing something exciting.You may even find you enjoy yourself!

The wonderful bond between chestnut mare Sally and her blind pal Callie was even more in evidence last night. Mei was bringing in the horses for the evening and somehow Callie fell behind,losing her usual place right behind Sally.At first Sal did not notice but when they got to the stables, she realised her pal was no longer with her and she went cantering  back to look for her, neighing all the time .Having lost track of Sally, our old girl had plodded back to the field and was just standing bewildered until Sally found her. A relieved Callie fell into place behind her but she was walking so slowly she fell back again.Once again Sally failed to notice for a while and then all of a sudden she saw that her blind friend was not with her and once again she appeared to panic and rushed back to look for her.This time she stayed with her until they both reached the stables and had their evening meal together as usual. Sally  at 22 years is a lot younger than 43 years old Callie so she is able to move a great deal faster but she needs to learn that she has to match her pace to her friend if she doesn’t want to leave her behind.We do worry about Sally when we eventually lose Callie but there has recently become a third pony  showing interest in joining the close pals. 20 years old Welsh pony Tomos has become very pally with them and we hope that his presence and friendship will ease the loss Sally will feel when the time comes for Callie to leave us.

The Crowdfunder set up via Fresh fields facebook to raise funds to resurface our badly worn away track, was so successful raising over £2,000 that the work on it will be starting on 18th April. That will make a huge difference to the horses which have to traverse it daily and of course to the staff and visitors who drive up to the shelter. Thanks to everyone who donated, we were getting desperate and did not for one moment imagine that the Crowd funding venture would bring us in enough to cover the work.We are all delighted with the response and very excited at the prospect of the work finally being done.

Artie the road accident cat is back with us and doing well, he has a damaged jaw  but is managing to eat his food and he seems much brighter than he was on arrival.He is  a lovely friendly natured cat, I felt that someone might have claimed him by now but there have been no enquiries so he is being placed up for adoption soon.The kittencats who were terrified on arrival have calmed down considerably and the ginger one has already been reserved, in psite of an appeal on facebook the other three have so far had no home offers.I'm quite surprised, especially with the grey tortie as they are usually snapped up. never mind, their time will come.

My little old cavalier Maggie May was not so well  and I thought her time was near but surprisingly by the time her Vet appointment was due, she perked up and has been fine ever since!  Due to her age, she is not strong anyway  but it is possible she had a minor stroke overnight (vestibular disease in Vetspeak) which affected her balance for 24 hours. Both she and her  ‘sleeping partner’  Lucy (cross cavalier with a jack Russell) are in their teens which is ancient for a dog and both are showing signs of their age(I know how they feel!) but generally speaking they enjoy life and are both not only capable of joining our walks on the field but having a  little ‘speedy up’ also.

Actually whilst on the topic of age, I have just had a call from someone doing a survey on womens health. After asking my age *(I hate telling anyone that, even strangers!) and whether I suffered from joint problems or took  vitamin tablets or supplements in my diet. to which I replied no that I didn’t, she sounded amazed and said that was very unusual.Well I always knew I was unusual , but not for that reason but apparently I should consider myself very lucky to be physically healthy at this age. What she didn’t ask was the state of my mind!  Well you can’t have everything can you?

Cross Husky/Labrador youngster Narla has been adopted this week and as previously mentioned, I have a  lovely home waiting for the two farm collies aged 14yrs and 7 yrs.We are struggling to get an appointment to have the male  neutered at our Vet in Pwllheli  so the prospective new carer  is taking him to his own Vet who does not seem to have such a long waiting list.I am anxious to move the dogs from their current situation which is far from ideal so I hope that by this weekend Nell and Ben will be  away from the farm and beginning to settle into their new home.There are two council pound dogs waiting for places here and we have a lovely little staffie/collie youngster whose family could not cope with him who is also in need of a loving home.There are just so many dogs in this area which need our help and it is so frustrating to not be able to say’Bring them all here’. Of course that would be impossible in our current circumstances.We have neither the money, staff or facilities to do so so it is a matter of prioritising the most urgent cases and simply doing what we can.

Speaking of facilities, the good news is that we have had planning permission for the rebuilding of our animal facilities at the shelter in here in Wales.There will be certain conditions involved but I do not see them as an issue. I can scarcely believe it especially as we know that certain neighbours put in objections.Thankfully the Council realised that the objections were unfounded and that our new facilities will, in fact, improve any possible noise or other nuisance perceived by some.  Now all we need to do is find the money to put the plans into action, we have three years in which to do this. Maybe a Huge Crowd Funding appeal will help?   This  massive project is something we will be looking at over the next few weeks so look out for more news about this. As supporters know, our animal facilities are in a very poor state and the whole  shelter needs an urgent revamp.This area desperately needs an animal shelter as there are no others in the immediate vicinity, the nearest RSPCA  being an hour drive away and that one does not take in stray animals .

How fantastic it would be for the homeless and unwanted animals of Gwynedd to be able to spend their ‘waiting’ time in insulated, well built units and how much more  pleasant  also for the staff who care for them. The whole site is in dire need of improvement., the yard is uneven and dangerous especially in bad weather, in fact ,just about everything here is in need of rebuilding. Let’s hope that this particular dream of mine comes true.The first step has been taken, now we need to take the next- to raise the money. The whole project will cost in the region of £450,000 which is an unbelievably large sum of money  but we will do it in steps and we will be applying for grants to help us on our way.

Apologies for this blog concentrating so much on the financial aspects of the shelter,I know people nowadays are fed up with charities asking for money and it is not something I personally relish doing but it IS a constant fight to keep our heads above water  and there is no point holding that fact back from our supporters.if it were for myself I probably would have given  up a long time ago , however the animals need us so we must continue the fight to provide them with a safe refuge where they receive the care and attention they need.

On that note of positivity I will leave you. 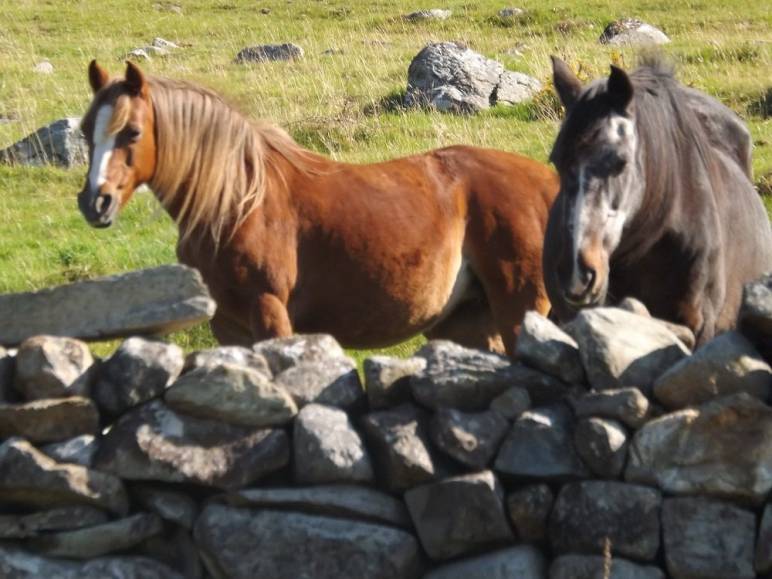 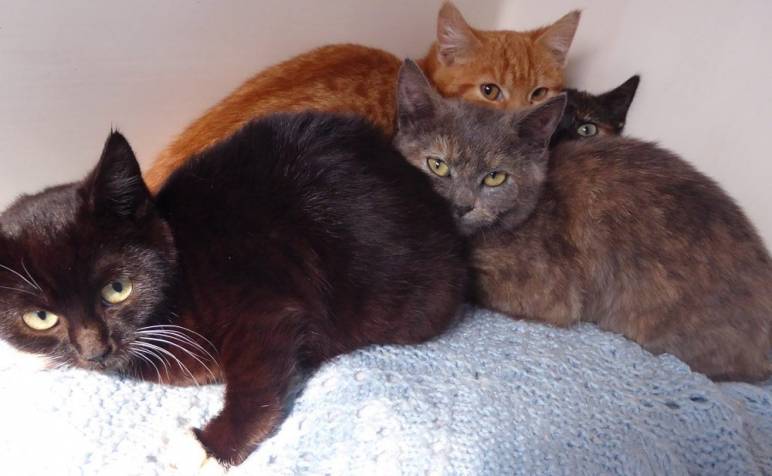 Photos - zipwire. sally and callie and the kittencats which have just arrived.