Axel has a problem

Axel our Dartmoor pony has had an abscess in his foot for almost three weeks, the Vet has been out to him twice and has put him on antibiotics  and the staff are doing all they can to alleviate the pony’s discomfort.He has his foot soaked in salt water, he has poultices on every few days and is on painkiller and anti  inflammatory Danilon. Nothing is working and we are becoming increasingly concerned about him. He cannot walk and is spending his days lying down on a straw bed with his pal Dids standing by him 24/7. She has not left his side for the past three weeks  and It could be yet  another week before the infection  is drawn out . It is so sad to see him in this state. Every day we hope to see him looking brighter and walking about  and it is so disheartening to find him in the same state as he was the day before.

Axel was one of the first ponies admitted here to the shelter.He was a wild pony fresh off the moors      in Dartmoor and out of the three we took, he is the only one who remains at the shelter. He did have a home with our next door neighbour but she returned him because he was bullying her other horses. He can be a bit of a bully but over the past year he has become inseparable from our  big Chestnut Mare Did which is why she is refusing to leave him to go out into the fields. Here’s hoping Axel will be better very soon and the pair can go back to their normal routine.

Golden cocker spaniel  Scamp has been returned because of his hyperactivity and lack of training.No matter how many times  we tell people the facts  about the dogs they adopt, some will still be returned for the very same reason which was  explained to them before they made the adoption! This time apparently  we are to blame for the fact we did not explain that Scamp is a working Cocker spaniel. Well we didn’t  do so simply because we did not know ourselves  and we still do not know if that is true. Having said that we have had  hundreds of  working dogs here  and all have been successfully homed as house pets so I am not sure what relevance that fact actually has. There are many  pets dogs which display these  same behavioural issues but that does not mean they have been bred as working dogs. Ultimately we can only tell people the facts as we find them and by the information we are given by previous owners and of course our own experiences of the animals themselves. Oh well, we can’t win them all.

Our long term deaf collie/kelpie Harvey has someone interested in getting to know him better and giving him a home.That would be wonderful  for him to spend the rest of his life in a pet home.Every time I look at Harvey I wish that someone nice would come forward to adopt him but in spite of several special appeals for this young dog, we have not previously found anyone who wants to offer him his forever home.We are all hoping that this time Harvey will bond with the people and  that he will have a good quality of life ahead of him. I will keep you updated on this.

I have been in touch with someone about the problems I am having with  3yrs old German Shepherd Diesel, and waiting to hear back from this lady who has a great deal of experience with ‘unmanageable’ canines. Due to his total lack of training as a puppy, Diesel  is now a total nightmare.On walks, if he does not have a lead in his mouth(I cant put one on him, he grabs it off me)he will grab my arms or legs, and I have been covered in bruises for weeks.If I tell him off, he is worse and really hurts me. Now I have to go out  with two leads in my pockets in case he drops and loses the one he is carrying. It is quite frightening and I really do want help with him. His nature is good but he is a big powerful dog and  this behaviour needs to be sorted.

There have  been quite a few calls this past week concerning multi pet  households.One was regarding 12 dogs and 36 cats,  two calls were about rehoming 6-7 cats each and another with 6 rabbits. These are so much harder to deal with because of our limited resources but if we can’t offer places at the shelter, we try our best to offer alternative suggestions. It can be very frustrating for me  when I  would love to help every animal in need. I dreamed last night that it was me who won the 300 million on the lottery! . I had already planned the spending and was looking at  huge properties with enough land to accommodate  enormous numbers of homeless and abused pets.Can you imagine how I felt when I awoke to find it was nothing but a dream.It seemed  so real and I was so excited and enthusiastic!  Today I face reality – can’t say I have the same enthusiasm  I was feeling last night!

I have booked a  zipwire event in Bethesda to raise funds for Freshfields but I need more people to join me in this exciting fundraiser. I  will be doing it myself  and also  three of the staff here – Mei, Penny and Sue but so far only 2  supporters have shown interest in joining us. Come on, there must be others willing to undertake this sponsored event ? We really do need help with our fundraising, each year instead of improving ,it  is becoming worse for our finances here in Wales.If  the zipwire is not for you, maybe you could raise funds another way? We can only keep this shelter going if we have more help from the community. Anything you can  do will be much appreciated.

Our cats are still almost all in hiding, they do not like this weather and prefer to stay inside their house and keep warm.Sensible animals. Just an occasional feral cat will be seen skirting around the parked cars or on the  stone walls surrounding the fields but even they are not out in abundance

I have just received a call from a lady who adopted a cat called Jasmine at the weekend. Tortoishell Jasmine was a stray in a local village  and had been at the shelter for two months.   I was thrilled to hear that Jasmine was settling into her new home as though she had lived there all her life and was already loved by her new family. News like this can make our day  and  is a welcome change from the usual requests for help.

We have three cats coming in this week and all have belonged to people with Dementia who are now in residential care.I find these cases particularly distressing as the cats have all once  been loved pets . Sadly  some Dementia patients can become abusive and  neglectful  through no fault of their own and when this happens the animals are as bewildered as their owners and it takes  time to reinstate their trust in people. It is truly a terrible illness  for not only the person  affected but  entire families and pets alike.

It has not rained this afternoon so the preparations for the new cat shed have begun in earnest, the old cat kennels are  going and the ground is being levelled .It will not only provide the feral cats with extra living space but it will look a lot tidier.

The lady from the Dog Pound has rung and I have taken in one adorable little cross jack Russell but there is another terrier  now needing a space(Patterdale) . We have been offered another foster home so he/she may be going there if she is not claimed by this weekend.

PS: just spoken to Vanressa about Axel and today he is managing to walk a little and some of the infection is out. Thank goodness, we were all worried about him.He is not quite right still but hopefully he is on the way to getting better. 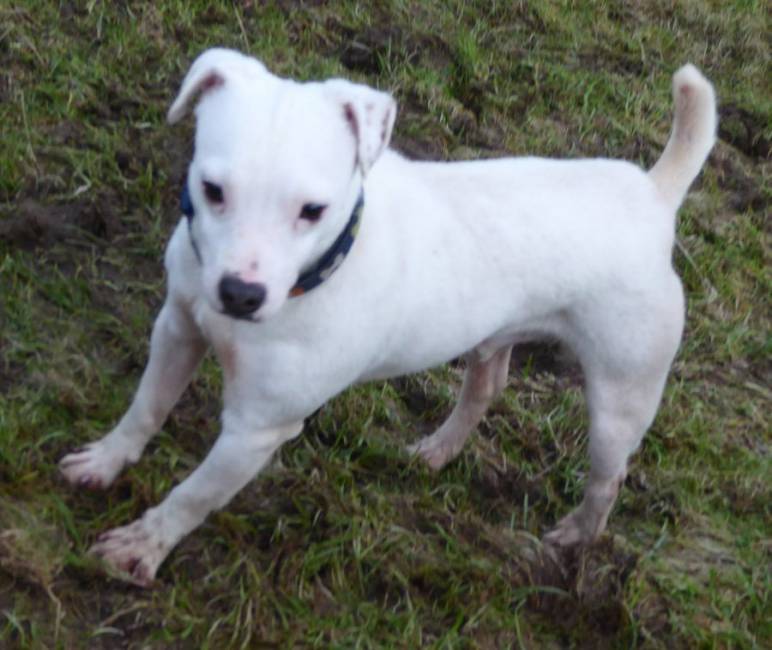 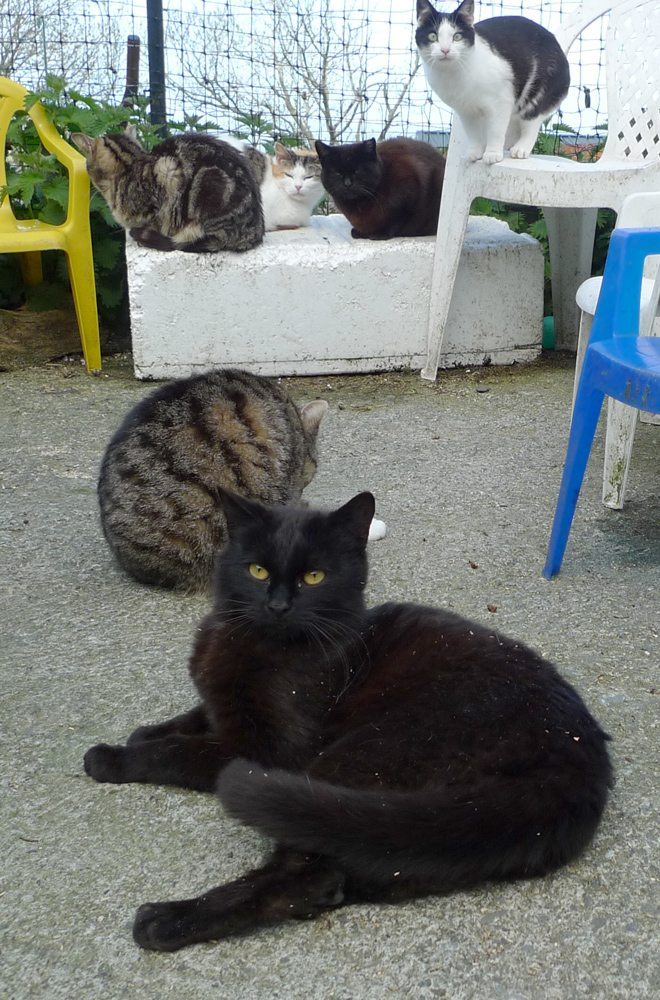 Photos - Axel taken last year, Dog Pound terrier and some of the cats in our feral enclosure.