Today we admitted a very thin stray white cat and  being currently lacking in imagination we have named him Snowy! I wonder just how many animals there are in the Uk going by this name?

Old Winston the emaciated black and white cat we admitted a couple of weeks ago, has been diagnosed with FIV. This dear old man deserves a home for the final part of his life.We know he had been scavenging for at least two years and he is the most gentle affectionate cat I have ‘met’ for a long time. All the staff here are in love with him and we want him to enjoy some comfort and luxury in a real home of his own. I am hopeful we will perhaps find someone who already has an FIV positive cat who will take him on. Fingers crossed everybody. I remember speaking to an Australian Vet who was working over here and he was amazed that FIV cats are generally put to sleep here.In Australia it is not regarded as such a problem as long as the cat is neutered.I could release him here but we do have a couple of aggressive feline residents, including my own cat Lucy, and if blood was drawn by them attacking him, they could be infected. I doubt very much if Winston would be the aggressor but it is taking a risk to release him here.

We had a call from a lady who had found the body of  a cat killed on a railway and had later discovered 4 tiny kittens in her back garden.These little orphans are now  being cared for by Tania, one of our wonderful foster people who tells me that the babies are only just at the stage of opening their eyes.They are in good hands now and will come to us when they are old enough and  ready to be adopted The remaining kitten from the litter of four has finally been adopted after spending a very lonely week without his siblings.

Rant of the month:-

Mei and I went out to catch a very scared little cat abandoned by the family who had been looking after him.They simply moved house two months ago and left him behind!Poor Felix could not understand where everyone had gone and why he could not gain entry into his home.He had taken to sleeping in a cardboard tube left in the porch and had been crying at the doors of neighbours.. He had become very nervous since the family left and we had to use a cat trap to catch him.Once settled into the cattery, he reverted to his previously affectionate and friendly self. Just two weeks later Felix was chosen to be adopted by a local family.I am regularly infuriated by the actions of some pet owners and abandoning a pet is just so callous and unkind.Do these people have no hearts? In my opinion there is something wrong with the wiring in their brains and quite often the behaviour of their children reflects the inadequacies of the parents.Unfortunately the next generation will often  carry on with the same pattern of apathy and cruelty which makes me wonder what hope there is for the future of animal welfare. Apologies for being negative, I sincerely hope that I am wrong and that these type of people remain in the minority.

The  two abandoned dogs have not been claimed and  I am delighted to say that both are now reserved.Both Jess collie and Teddy lurcher are wonderful dogs and will be a whole lot better off in their new homes than with their previous callous people.I have begun to feel that it is wrong to call keepers of pets ‘owners’. This title implies the right to do what they want with their pets. I prefer to call them carers or guardians.To be honest I had not given it much thought until I read a post on facebook from an animal welfarist and after reading that, I realised that his views were right.We cannot own an animal which is another sentient being, like children they do not belong to us, they are only under our care. I wonder what others think of this?

We had a lovely visit today from Elaine who lives in Preston and who adopted two Chihuahuas Bobby and Stanley from us about a year ago. We were pleased to see the two little dogs looking so contented and were very grateful to Elaine for bringing us goodies for our forthcoming Open Day(Sept 4th)

John and Vanessa went today to pick up a 21 years old  horse whose family  can no longer afford to keep him.We receive many such calls but this one appeared to be genuinely desperate ,so much so that  we were extremely  concerned for the welfare of the animal.  Our mistake was not to have the horse assessed before admitting him (the home was quite a distance away but not too far for us to try to  find someone to help check him out)Normally that is what we do, we send someone out to assess the situation but we made an exception this time – never again will I do that. The very thin, neglected horse we were expecting is a handsome and  if anything slightly overweight cob type .He is in generally good condition which is good for the horse but it means that we have allowed this person to jump the queue when there were other animals more in need of our help. I am annoyed with myself but more annoyed with the woman who lied to us. We had no plans to bring in another horse due to our poor finances but were convinced that this was a life or death situation. A lesson learned. The only consolation is that with the current situation of horses being bred so indiscriminately and so few good homes about,  he may well have ended up as meat so at least he is now safe.

We are expecting 4 little ducklings later today. Mum was found dead and the youngsters are only about 2 weeks of age,we have freed up a pen  in the kitten room for them and I have been out to buy some chick crumbs from the local agricultural feed supplier.There is a lady in Anglesey who may be able to take them if we ask her very nicely, but the main thing is to get them here first. Spring is definitely here, we have so many requests  to take orphaned animals at this time of year.

Does anyone want a pet pig called Mathilda?  We have a lot of requests to take in farm animals but sadly we have barely enough grazing for our horses though I do try to place them elsewhere if possible. Apparently Mathilda is very friendly and is 3 years old if anyone is interested?

Pennys Portraits:  Professional photographer Penny who specialises in animal portraits is  going to be at the shelter between 10.30am - 2.30pm on 18th June(saturday) when she will be holding half hour sessions for  you and your pet dog(s)  £20 for the session  -  £5 of which will be donated to Freshfields Wales.You will receiveminimum of  5 high resolution photographs of your dog and believe me,  you will not be disappointed/.Check out her work on Penny Dewhurst Photos. Penny has won many awards for her work. Copy and paste the link below into your browser. Please ring the shelter for an appointment. 01286 479711 or email me at: lesley@freshfields.org.uk 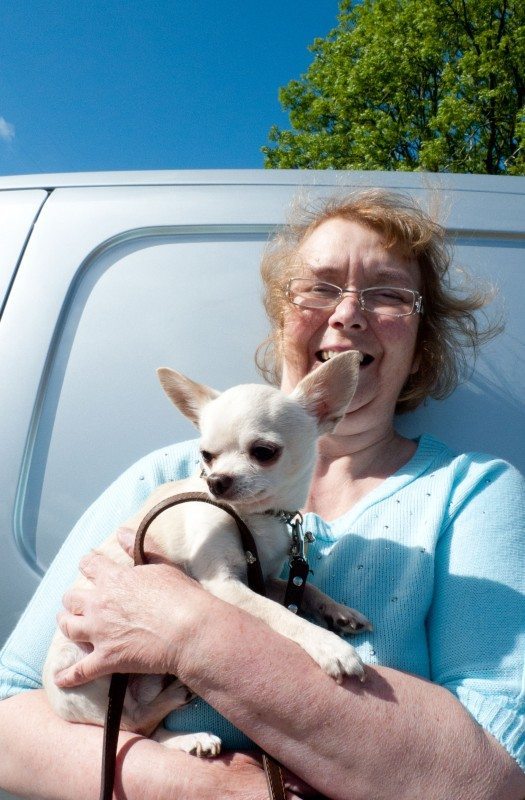 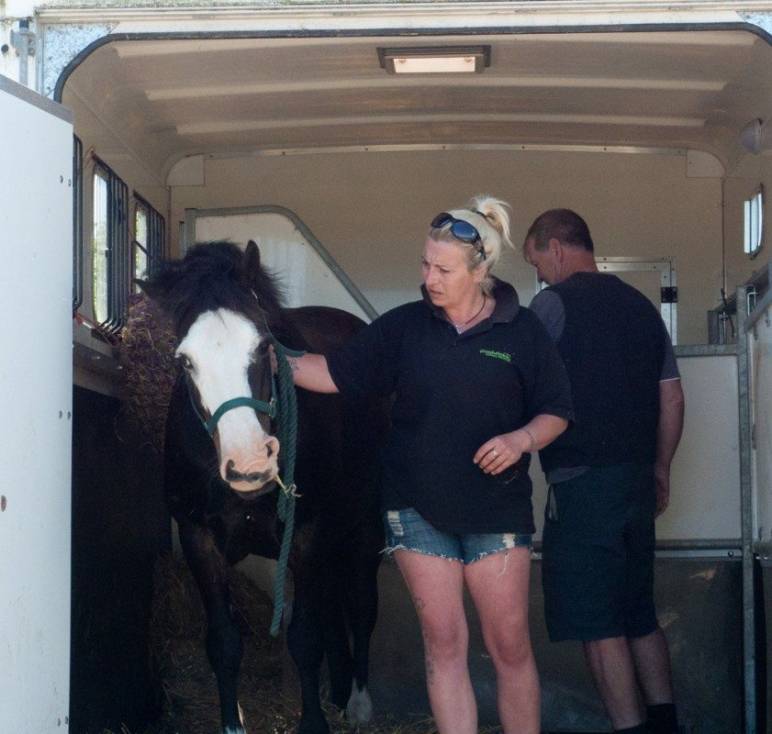 Photos: new cat Snowy, Jess collie leaving us with her new ;mum’ and Bobby Chihuahua with Elaine and new horse Duke arriving with Vanessa about to lead him out.