Eros (pronounced Air-os) came to us after his family felt they could no longer give him the attention and exercise he was used to, due to a new baby and the ill health of a family member. They were devastated to have to part with him but felt he deserved more than what they could give him.

Eros is a very sensitive dog and does not cope well with change. When he first arrived with us he was so petrified that he would not leave his kennel. Thankfully one of our quiet rooms, which we specifically allocate to our longer term resident dogs became available and Eros slowly started to settle down. Eros is cautious of strangers and needs slow introductions to new people, this is because he is fearful of them. If he is pushed into a situation where he feels trapped he may snap. This is due to his insecurities which result in him making the wrong decisions, he is not an aggressive dog but one who needs a gentle and understanding owner. Once you have put in the work to build his trust (with the help of some chicken!) you will have the most loyal and devoted friend for life. Eros is an absolute angel with the people he knows and loves, he is super affectionate and adores cuddles!

Eros is very aware of his surroundings and will panic if he hears a loud bang etc, he can become worried by things he does not understand. At the rescue he struggles to go on long walks, he is insecure and prefers to be near the place he knows and with the people he trusts.  However his devoted dog walker spends so much time playing with him on our field, cuddling him and has now been able to get him happily and comfortably walking at the local beach! During these trips Eros has happily met other dogs, however he prefers his own space and needs to be the only pet in the home. He did previously live with cats but as this was so long ago now, we feel he would not accept cats in his new home.

Eros is an active dog, he walks really well on the lead but can be strong if he sees something or someone he knows and will pull to get to them. Therefore his new owner must be capable of walking and controlling him on the lead.
Although Eros is in good health our vet believes he may suffer with arthritis of his legs/hips in the future. He is currently on supplements and is managing well. However his new owner must be financially secure and able to support this condition throughout his life as this will not be covered by insurance.

At the rescue Eros is generally clean and non-destructive but he can become worried when he is left alone so ideally we are looking for a home with someone around for most of the day. Eros will need a strict adult only, calm and quiet household with a gentle and understanding owner. He cannot be around young children, including visiting children. As he is sensitive to change, settled circumstances with a stable routine is an absolute must for this boy!

Please note that anyone interested in adopting Eros will need to make several visits to and from the rescue in order to form a bond with him before adoption. This will then progress into home visits and a slow introduction into his new home, so his new owner must have transport and ideally live locally.

We cannot praise Eros enough, he is a firm favourite at the rescue and will make an exceptionally devoted companion. When you know Eros like we do he is super sweet, playful, unbelievably cuddly and has perfected the 'puppy dog eyes'. He really is wasted here and just needs a special person to come into his life. Could that special person be you? 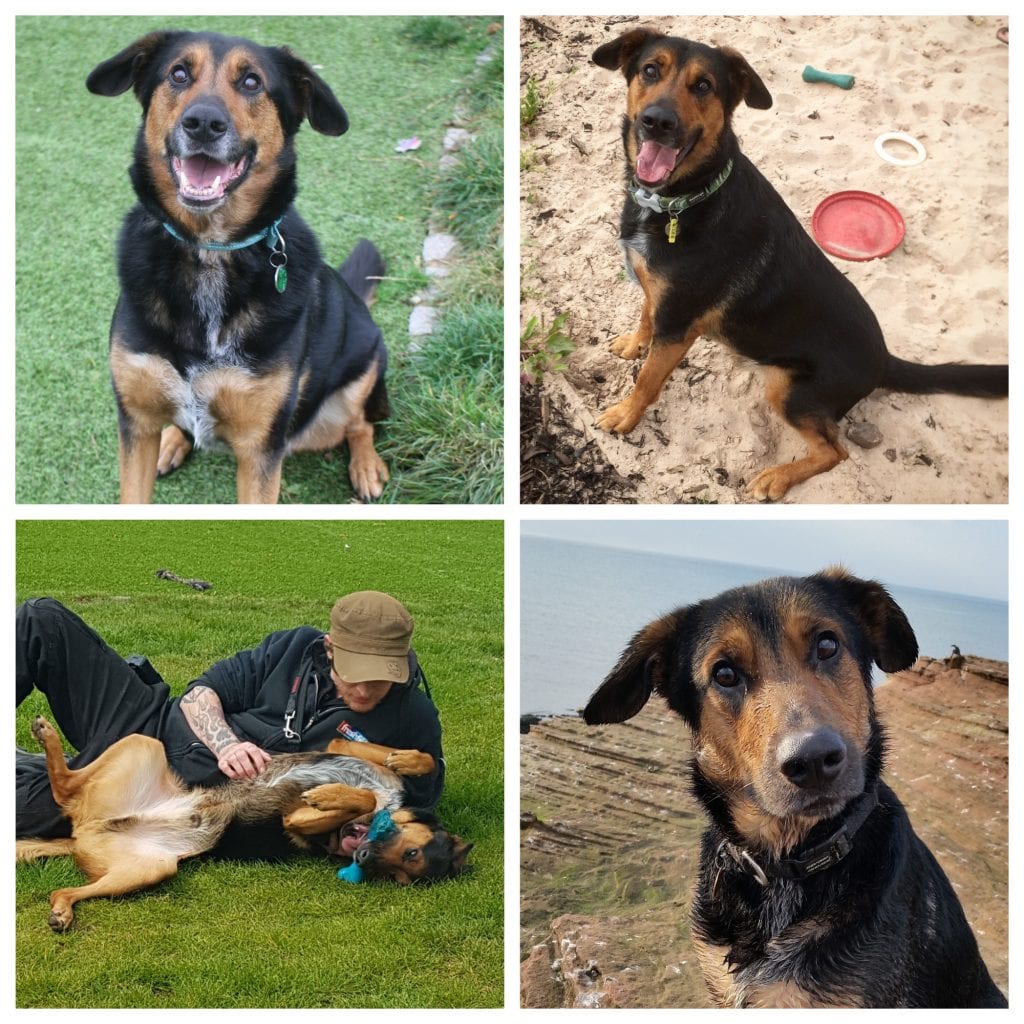